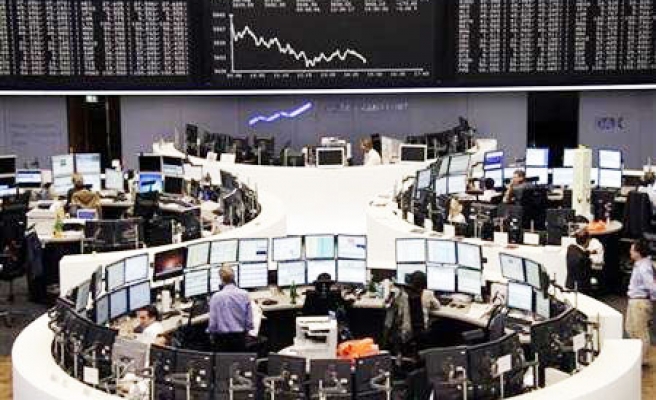 European shares rose on Thursday morning after Russian President Vladimir Putin said an agreement was reached in Ukrainian peace talks and a ceasefire would start on Feb 15.

Shares in Credit Suisse rose 6.7 percent after the lender outlined measures to deal with the strong Swiss franc and posted fourth-quarter net profit ahead of analysts' estimates.

Shares in Renault soared 8 percent after the French carmaker posted a jump in profits despite a deepening Russian market slump.

Online fashion retailer Zalando jumped 11 percent after it reported a bigger-than-expected rise in fourth-quarter core profit as it reined in marketing spending and grew sales.

Bucking the trend, Zurich Insurance Group fell 3.6 percent after keeping its dividend unchanged, falling short of some expectations for a rise.

Overall, Europe's earning season has been mostly positive so far, with 62 percent of companies meeting or beating earnings forecasts, according to Thomson Reuters StarMine data. In absolute terms, profits are up 13 percent on average.

At 0918 GMT, the FTSEurofirst 300 index of top European shares was up 0.5 percent at 1,491.39 points. Following a strong start to the year, the index started to lose steam in late January and has been trading in a tight range since then.

Greece was also in focus. A Greek official reiterated on Thursday that the country was confident of reaching a deal with European partners but will not extend the current bailout programme, after late-night talks in Brussels ended without agreement.

Euro zone finance ministers are due to meet again on Monday to find a way forward in the crisis.

"There are further meetings in the coming days and if there's no progress by the end of next week, we could get a correction on the market," said Alexandre Baradez, chief market analyst at IG France.

Athens' benchmark ATG equity index, which has swung wildly this month, rose 3.8 percent on Thursday, steadying after a 4 percent fall on Wednesday.