European stock markets rallied on Friday as a ban on the short-selling of financial shares tempted investors back into the battered banking sector. 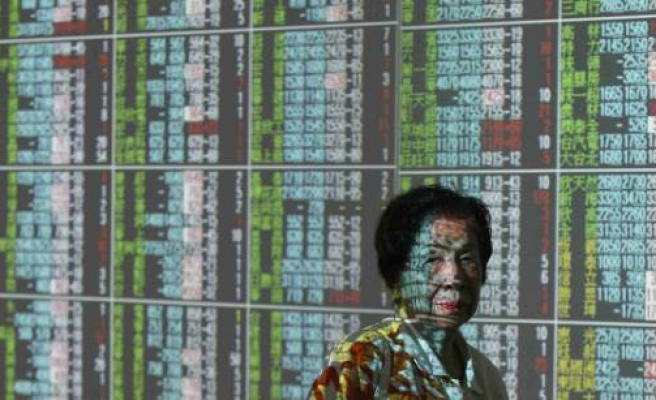 European stock markets rallied on Friday as a ban on the short-selling of financial shares tempted investors back into the battered banking sector, although concerns over the health of French banks kept the mood edgy and trading remained volatile.

Bank shares, which have fallen sharply in recent days, led the move higher after the ban imposed by France, Italy, Spain and Belgium.

World shares edged up, and the stocks rally boosted the euro against the dollar and the safe-haven Swiss franc, but jitters about the euro zone debt crisis were reflected in tense money markets, where dollar funding costs rose.

Despite Friday's gains stock prices were still poised to end another week in the red with investors unconvinced the selective short-selling ban on its own would do much to ease broader concerns that the euro zone debt crisis is spreading to stronger economies.

The four countries banned short selling -- borrowing shares and selling them in expectation the price will fall -- of a group of banks and financial institutions, after a flurry of rumours helped knock a third of the value off some European bank shares this month.

Traders said the measure would provide temporary relief to jittery investors, but concerns about euro zone debt problems and a deteriorating outlook for the global economy were set to keep trading erratic.

"Something needed to be done, the rumours were silly and the market was full of emotion and fear. So this provides a break in that, so not bad," a London-based fund manager said.

"I don't think it works long term but should buy some time."

The FTSEurofirst 300 index of top European shares rallied 2 percent, clawing back after falling more than 1 percent in early trade.

European shares extended Thursday's sharp rise, but were set to end the week around 2 percent lower, having tumbled more than 11 percent this month due to escalating doubts about the health of the region's financial sector.

The MSCI world equity index rose 0.5 percent, although it remained on track to lose roughly 2 percent on the week.

The STOXX Europe 600 Banks index rallied as much as 3 percent. Societe Generale rose 3 percent, clawing back ground after a fall in its shares of more than 30 percent this month as the French bank bore the brunt of the banking sector sell-off.

Despite Friday's gains, market participants say the short-selling ban may not enough to convince investors, and that European banks may be vulnerable to more selling.

Rumours about the health of European banks, questions about the stability of money markets and growing fears that the U.S. economy may tip back into recession or a prolonged period of tepid growth have made markets extremely volatile.

The rise in share markets drove the euro to a session high against the dollar although traders said it remained at risk of renewed selling. Against a basket of currencies, the dollar was down 0.3 percent on the day at 74.447.

Dollar funding costs rose as investors and banks continue to hoard funds to protect themselves against more market volatility.

The LIBOR interbank cost for three-month dollars rose to 0.29006 percent, rising from 0.28617 percent on Thursday, according to the British Bankers Association.

Traders have said that European banks have access to dollar borrowings in short-term tenors of one night up to a week, but after that point other banks are getting more selective about who they lend to.

As a result, European banks desperate for longer-dated funds are turning to FX forwards and swaps for their needs, causing a sharp widening of the dollar premium in FX swaps -- especially in the euro and yen markets.

German Bund futures <FGBLc1> fell in volatile trade, tracking the rise in stocks, but losses were limited as investors unnerved by the escalation in the euro zone debt crisis were expected to keep buying the bloc's safest debt.

The safe-haven Swiss franc extended losses as rising share prices stoked some demand for riskier assets, while investors dumped the safe-haven currency on the possibility the Swiss central bank may step up measures to stem its strength.

"The downward pressure on the franc is partly due to rebounding stock markets, talk of deeper negative rates on the Swiss deposits and speculation of a peg," said Simon Derrick, head of currency research at Bank of New York Mellon.