Europeans cut back on basics as recession fears grow

The Co-Operative Group in Britain said the environment for consumers was the toughest for over 40 years, with spending on food, not normally affected by boom or bust, falling. 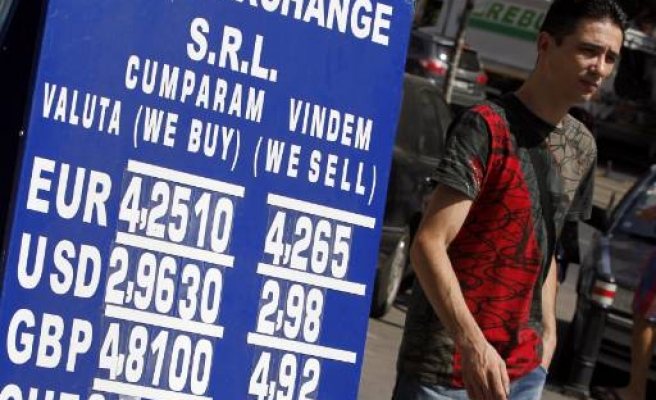 Europeans are cutting spending and feeling gloomier about the future as fears of a double-dip recession rise and stock markets wobble.

Dutch grocer Ahold said on Thursday shoppers were hunting out goods on promotion and switching to cheaper own-brands as they try to offset rising food prices.

The Co-Operative Group in Britain said the environment for consumers was the toughest for over 40 years, with spending on food, not normally affected by boom or bust, falling.

Its comments came as an industry survey showed British retail sales in August fell at their fastest pace in over a year.

Stock markets have tumbled in recent weeks on fears a sovereign debt crisis in Greece could spread to other euro zone countries and that extra austerity measures from France to the United States might tip the world back into recession.

That has knocked consumer confidence in even the strongest performing economies.

"Citizens fear that the Germany economy will be infected by the worldwide weakness if the outlook for exports darkens considerably," GfK said. "In addition to falling economic optimism, citizens fear that they will be asked to cough up ever more money in the framework of the solution to the debt crisis."

In weaker economies like Britain, where unemployment has been rising and subdued wages growth has left shoppers struggling to cope with rising fuel and food prices as well as swingeing government spending cuts, confidence is even shakier.

The Nationwide building society said its consumer sentiment index dropped 2 points to 49 in July, well below its long-term average of 79 and not far above February's all-time low of 41 points.

"It may be that we see a further deterioration in August, following riots in a number of UK cities and sharp declines seen in stock markets around the world," Nationwide chief economist Robert Gardner said.

The Co-Operative Group, Britain's biggest mutual retailer, said there was no prospect of an improvement any time soon.

"It is the worst I have seen in over 40 years of retailing," chief executive Peter Marks said of conditions for the consumer as the Co-Op, Britain's fifth-biggest food retailer, posted a 12 percent drop in first-half profit.

"Food spending is not normally affected by the boom or bust (of the economy). What we are seeing now is something different. People are spending less on food," he told reporters.

"I really do not see any light at the end of the tunnel," he said, adding second-quarter data showing a small amount of growth in the economy were out of date.

"This feels to the consumer like a recession ... If it looks like a duck, it probably is a duck."

Ahold, which runs Dutch grocery market leader Albert Heijn but makes about 60 percent of its sales in the United States, said it was struggling to pass on the rising cost of food to cash-strapped shoppers in both its major markets.

It missed forecasts with a 21 percent drop in second-quarter profit, following weaker-than-expected results from rivals like German group Metro and Belgian company Delhaize earlier this month.

Ahold shares were down 4.9 percent at 1055 GMT, one of the biggest falls by a European blue-chip stock in a rising market.

However, it reported lower sales in Greece and Spain, which are at the centre of the euro zone sovereign debt crisis.

Dutch group Heineken, the world's third-biggest brewer, said on Wednesday weak consumer sentiment and a wet summer in Europe would wipe out profit growth this year.