The Visegrad 4 group including Poland, the Czech Republic, Hungary and Slovakia is looking to diversify supplies 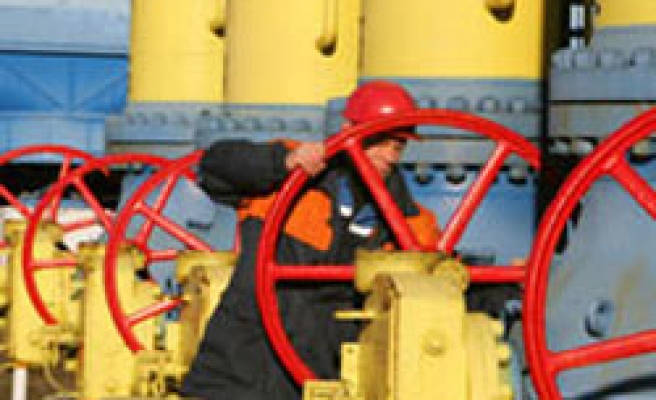 Four central European countries have asked the U.S. Congress to make it easier for them to import natural gas from the United States and reduce their dependence on supplies from Russia, the Czech Foreign Ministry said on Saturday.

The Visegrad 4 group including Poland, the Czech Republic, Hungary and Slovakia is looking to diversify supplies to eliminate the danger Russia could use its control of gas and oil flows to exert political pressure on the former Soviet satellite states.

Supplies were briefly disrupted in 2009 during a dispute between Russia and Ukraine, through which much of the Russian gas is piped, and central Europeans fear they could be under threat again due to an escalation of tensions between Russia and the West over Russia's seizure of Crimea.

Last year, Russia's Gazprom supplied the European Union and Turkey with a record 162 billion cubic metres of gas, of which 86 bcm went via Ukraine. Gazprom issued a thinly veiled warning on Friday that it could stop shipping gas to Ukraine over unpaid bills.

The V4 ambassadors to Washington asked House Speaker John Boehner in a letter to remove bureaucratic hurdles and make it possible to start exporting U.S. shale gas to the region, the Czech Foreign Ministry said.

"With the current shale gas revolution in the United States, American companies are seeking to export gas, including to Europe. But the existing bureaucratic hurdles for the approval of the export licenses to non-FTA (free-trade agreement) countries like the Visegrad countries are a major hurdle," the letter said.

In a statement, Boehner supported the call.

"I hope President (Barack) Obama will heed this call from our allies to use his 'pen and phone' to direct the Secretary of Energy to immediately approve pending natural gas export requests and do everything possible to use American energy to reduce the dependency on Russia for our friends in Europe and around the globe," he said.

Obama does not need congressional approval to approve applications to export natural gas. He often blames Congress for stalling other policies, and has said he wants to use his executive powers to do as much as he can without it. But White House spokesman Josh Earnest said on Friday policy changes would not have an immediate effect, and natural gas stocks in Europe were above normal because of a mild winter.

"There is no indication currently that there's much risk of a natural gas shortage in the region," he said.

Analysts have said that U.S. natural gas would not reach European markets before 2016, and thus could not provide an alternative in the current Ukrainian crisis.

European Energy Commissioner Guenther Oettinger said in an interview published on Saturday he did not expect Russia to switch off gas supplies to Europe over the Ukraine crisis.

"I don't believe it would be in Russia's interests," he told German magazine Wirtschaftswoche

Poland is building an import terminal on the Baltic coast for liquefied natural gas (LNG), expected to be completed at the end of this year. It has also supported domestic shale gas exploration, but the results have so far lagged expectations, while environmental protests have halted exploration plans in the Czech Republic.