The fragile state of Italy's economy has reawakened memories of the debt crisis amid dangers that Rome could face punitive measures by its EU partners if it insisted on breaking the bloc rules on running excessive deficits and high debt. 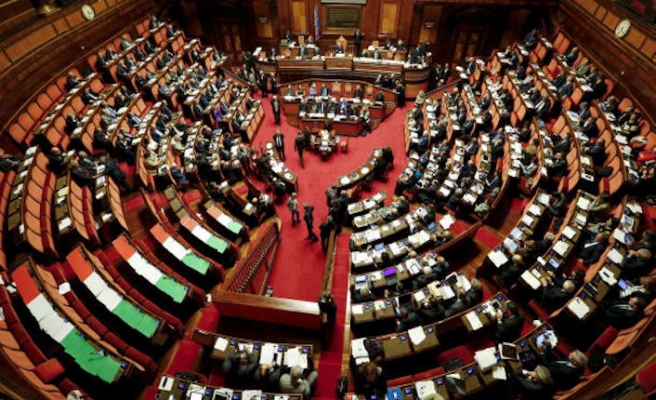 But, meeting in Luxembourg, the ministers also vowed to delay judgment on the plans laid out by Italy's populist government, which have already spooked markets and put the country's fragile economy under extra pressure.

"I just want to make very clear that there are rules and the rules are the same for every state because our futures are linked," French Finance Minister Bruno Le Maire told reporters ahead of regular monthly talks with his eurozone counterparts.

However, "rushing is not the best advice," he said, adding that ministers must move ahead "step by step" before coming down on Italy too strongly. France, he acknowledged, has also struggled to meet the bloc's budget rules."Italy is on everybody's mind," said Mario Centeno, head of the Eurogroup and Portuguese finance minister. "I know that we all have questions about it and that we are expecting answers."

Italian Finance Minister Giovanni Tria was also in Luxembourg to defend Rome's budget plan amid rumors that he threatened to resign on objections towards defying EU rules so bluntly.

"I will try to explain what is happening and our decisions," he said.