Analysts say falling gas prices, dragged down by a world surplus and cheaper oil, will force Gazprom to adapt as other companies such as Norway's Statoil have. 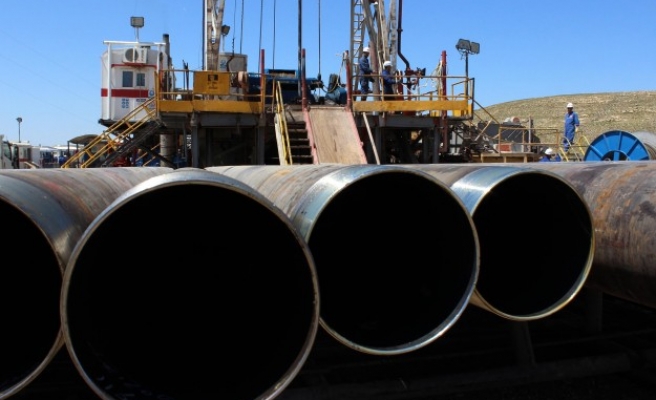 Russia's plan to cut out Ukraine as a gas transit route is unrealistic because the EU will seek non-Russian gas rather than build the links it would need to Moscow's proposed new pipeline to Turkey, industry sources and analysts say.

Last year, as violence flared in eastern Ukraine and Moscow faced new sanctions, President Vladimir Putinannounced that Russia had axed the South Stream gas pipeline across the Black Sea to Bulgaria, designed to bypass Ukraine and ship gas straight to the European Union.

Russia's Gazprom has also said the EU will not receive any deliveries of gas via Ukraine after a current transit contract expires at the end of 2019.

Instead of the 63 billion cubic metres (bcm) of gas that Europe was to receive via South Stream, Russia has proposed a new undersea pipeline to Turkey with the same capacity. Known informally as Turkish Stream, its first line of 15.75 bcm a year should be operational by 2017 and supply just Turkey.

Gazprom suggested the European Union should build its own link from an as-yet unbuilt gas hub at the Turkish-Greek border to take some 50 bcm from the new route proposed by Putin -- an idea greeted with scepticism inBrussels.

"I would be very surprised if companies working with long-term contracts which go well beyond 2019 will just tomorrow swap all their demand to Turkey (from Ukraine) and would be happy to do so," Oliver Koch, head of unit in the European Commission's energy department, told a conference in Essen this week.

He said he doubted the South Stream decision was "the last word" from Russia, given previous changes in stance.

Last year, the EU received about 147 bcm of Russian gas, or around a third of its needs, and of that 60 bcm was pumped via Ukraine. The rest was shipped via Belarus, as well as through an existing pipeline to Turkey named Blue Stream and the Nord Stream link beneath the Baltic Sea to Germany.

While the EU is intent on diversifying its gas routes, it may well jib at the cost of investing in extra gas pipelines, especially as it has pledged to help Ukraine modernise its transit infrastructure.

Both Europe and Ukraine are trying to cut their reliance on Gazprom. Brussels supports the rival Southern Gas Corridor to carry gas from Azerbaijan, as well as other sources, to Europe.

Russia in turn is shifting its focus away from the West towards China. But it is years away from tapping the resources and developing the infrastructure to deliver what China needs -- so the relationship with Europe remains crucial.

Analysts say falling gas prices, dragged down by a world surplus and cheaper oil, will force Gazprom to adapt as other companies such as Norway's Statoil have.

The current standoff with Europe is likely "to move Gazprom to a more commercial view of what they need to do in the market place," said Howard Chase, director of government affairs at Dow Chemical Europe, which is a major user of gas as a feedstock.

Russia's national finances are also critically dependent on its energy exports. Gazprom, a major contributor to the Russian budget, gets two-thirds of its revenues in hard currency, mainly from gas sales to Europe.

Gazprom declined to comment, saying it was "at an early stage of the project's planning". VTB Capital analysts put offshore costs alone at $10 billion-$12 billion.

In a note in late January, Eurasia Group consultancy predicted that it was most likely that "Europe will allocate still greater financial resources ... to diversify its import options away from Russia."

It added: "This could complicate Russian prospects for securing European buyers for the roughly 47 bcm of gas that would transit Turkey."

Thierry Bros, a senior analyst with Societe Generale, said that if the transit contract with Ukraine were not renewed,Europe would be unlikely to take Russian gas at the Turkish border, preferring to diversify its energy sources. One option would be liquefied natural gas.

"In this case, (buying) too much U.S. LNG could be a rational hedge," Bros said. The United States plans to start LNG exports in 2016.

As Gazprom lacks major export markets apart from Europe until its gas pipeline to China is ready at the end of this decade, analysts say it will have little choice but to keep at least part of its transit routes via Ukraine.

"We need to optimise routes of gas supplies (to Europe) and of course it (Ukrainian transit) should not be completely cut off as was suggested (by Gazprom)," EU energy chief, Maros Sefcovic, said in Moscow last month.