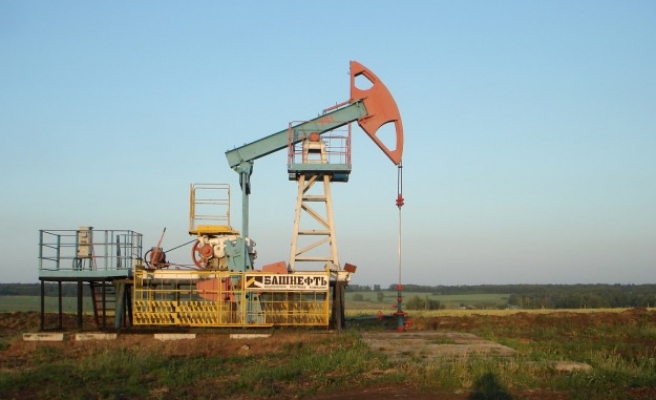 Oil prices are likely to continue to fall after hitting a four-year low last week, driven by slowing global growth and increased supply.

Crude oil prices fell to $76.76 a barrel Nov. 14 before stabilizing this week to just shy of $80 per barrel. Prices have been falling since June after hitting the $116 per barrel mark.

Robert Baron, a consultant with National Economic Research Associates, said that the move is fueled by “a combination of several factors” including increased U.S. oil production, a strengthening U.S. dollar, and lower expectations of growth in Asia.

“I don’t know what is happening behind closed doors but all the factors in the crude market lead to lower prices and this is bigger than what the U.S. and Saudi Arabia can possibly dictate. I think the prices are just determined by market forces,” he said refuting speculation that the U.S. and Saudi are lowering prices in a punitive move against Russia and Iran.

“So I think it is quite possible to see the prices go well into the low 70’s some time next year before the market tends to re-equilibrate by cutting back on production,” he added.

U.S. crude oil production has risen on a boom in shale oil production. Production volume reached 8.6 million barrels per day in August, the highest level since 1986, according to the Energy Information Administration.

James Preciado, an energy analyst at the administration said that he predicted the price of crude would hover around $83 a barrel before sitting at roughly $81 next spring. He added that in addition to the factors already mentioned, global supply disruptions have decreased since summer prompting a further decline in prices.

Meanwhile, OPEC has maintained its production of oil apace with its current trends. The organization will meet Thursday in Vienna, and is largely expected to address the downward spiral in prices.

"I think OPEC is kind of an interesting dynamic in the market. A number of OPEC producers need higher prices to satisfy their domestic spending and prices are falling to the extent that some of them are driven to try to increase their production rather than cutting the supply so that they can get as much as revenue as possible," Baron said, adding that he does not expect OPEC to adjust production in the near-term to remedy the decline.

While some economic sectors will be negatively impacted by decreased prices, they're an overall boon for the U.S. economy, Baron said noting that energy intensive industries will particularly benefit from the lower input prices.

“And then the consumers will be doing better as well because gasoline and diesel prices will go down and that means they will be spending less money on transportation and will have more money to spend on goods and services,” he added. "But I think overall the US economy would be doing better because we are a net crude oil importer."