The trend is accelerating as wealthier countries in the Middle East and Asia, particularly China, seek new land to plant crops, lacking enough fertile ground to meet their own food needs. 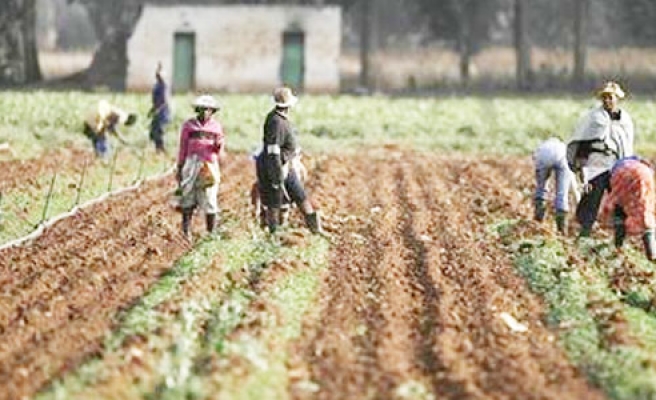 Rich countries grabbing farmland in Africa to feed their growing populations can leave rural populations there without land or jobs and make the continent's hunger problem more severe, an environmental think tank said on Tuesday.

Worldwatch said its researchers interviewed more than 350 farmers' groups, NGOs, government agencies and scientists over 17 months. The meetings, held in 25 countries across sub-Saharan Africa, addressed issues that hinder the efforts of African farmers to alleviate hunger and poverty.

"People are always saying that Africa needs to feed itself. It can't do that if the Chinese and the Saudis are taking up the best land for production for food," Danielle Nierenberg, director of Worldwatch's Nourishing the Planet project, told Reuters.

The International Food Policy Research Institute reports that 15 million to 20 million hectares of land in sub-Saharan Africa have been purchased by foreign investors between 2006 and mid-2009.

"There are millions more hectares that are being sold by governments that have not been documented," Nierenberg added.

In many cases, farmers whose families may have tilled the land for years are unaware the land -- owned by the government or a community-shared plot -- has been sold.

"If all governments capably represented the interests of their citizens, these cash-for-cropland deals might improve prosperity and food security for both sides," Robert Engelman, Worldwatch executive director, said in statement.

"But that's not often the case. It's critical that international institutions monitor these arrangements and find ways to block those that are one-sided or benefit only the wealthy," he said.

While Worldwatch encourages more international guidance in land deals, it said African governments themselves must be aware of the long-term impact of land grabs.

"Strengthening the role that African governments' play and making sure they are not selling off their land and undermining their own farming system is important, and that will go well beyond any international regulations," Nierenberg said.