"My son was a very good boy," Todashev said. "His life was cut short," he added, saying his only hope was that "I will be able to achieve justice for my son." 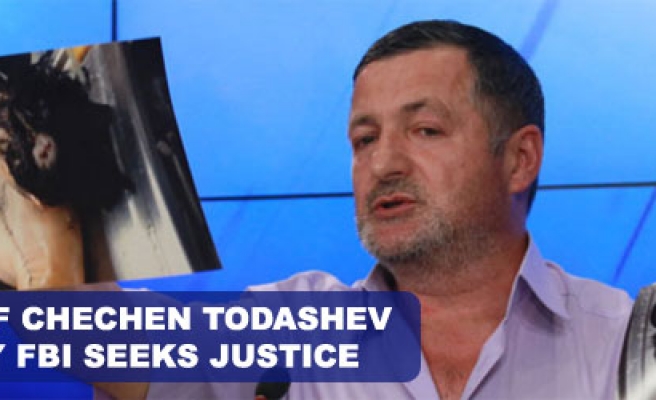 A Chechen fatally shot while being questioned by the FBI about his ties to one of the accused Boston Marathon bombing suspects was "a good boy" whose killing was "unjustified," the man's father and his attorneys said on Tuesday.

Abdulbaki Todashev, whose 27-year-old son Ibragim was shot in Florida on May 22 while being interrogated by the FBI and Massachusetts State Police, spoke about his son through an interpreter at a news conference arranged by the two Florida law firms now representing his family.

"My son was a very good boy," Todashev said. "His life was cut short," he added, saying his only hope was that "I will be able to achieve justice for my son."

The elder Todashev recently arrived in the United States from Russia to retain the lawyers now looking into possible civil action against the FBI. His son's death stemmed from a probe into the Boston Marathon bombing on April 15, which killed three people and injured more than 260 in the worst mass-casualty attack carried out on U.S. soil since 9/11.

Ibragim Todashev, who trained as a mixed martial arts fighter, was an acquaintance of Marathon bombing suspect Tamerlan Tsarnaev and worked out at the same gym used by Tsarnaev in Boston before moving to Florida, according to attorney Eric Ludin.

The FBI has said Todashev was being questioned at his apartment in Orlando when he suddenly attacked an agent and was shot and killed. Abdulbaki Todashev has openly questioned that account and said his son was unarmed when he was shot seven times.

He has also dismissed U.S. media reports following his son's death suggesting his son may have grabbed a kitchen knife or tried to wrest a gun from an agent as "absurd," saying there was no reason trained officers could not subdue a lone young man without killing him.

Ludin said it was inappropriate to publicly theorize about what led up to the shooting, pending the results of an ongoing review by the U.S. Justice Department and State Attorney Jeff Ashton in Florida.

He stressed that the case centered on official accountability, however.

"We think it was an unjustified killing," Ludin said.