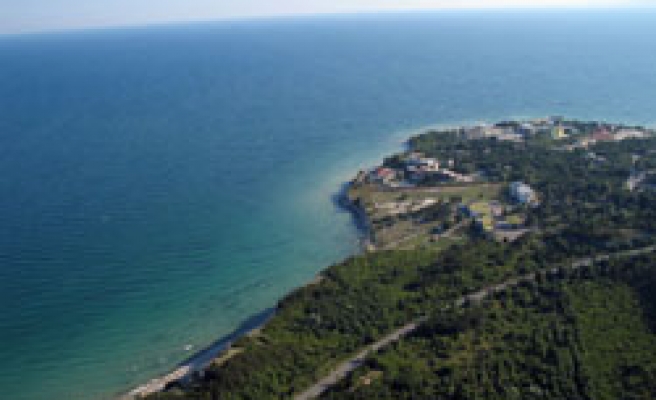 World Bulletin/News Desk
Feasibility work has been completed for the first liquid natural gas project in the Black Sea, according to Mitica Savu, general director of the project.

"The feasibility work for the Black Sea’s first LNG terminal is done and the general assembly will be held in February with the participants of the project," said Savu.

Romania, Azerbaijan, Hungary and Georgia have been in the planning stage since 2012 for the first LNG project in the Black Sea called AGRI. The LNG project plans to deliver gas from Azerbaijan to Georgia and from there to distribute to Romania and onto Hungary.

The planned stages of the project include firstly a pipeline which will transport gas from Azerbaijan to Georgia where the liquefaction process will take place in one of Georgia’s harbors, and then the liquefied natural gas will be transported by tankers across the Black Sea to Romania.

"In the project, the regasification process will take place on the Romanian Black Sea Coast. From there, natural gas will be pumped into Romania’s pipeline system for consumption. From Romania we will deliver the rest of the natural gas into Hungary’s natural gas system through a Romanian-Hungarian interconnector," Savu explained.

Savur said in February at a general assembly meeting, the four countries will approve the feasibility study and agree on further steps to be taken.

Romgaz from Romania, Georgian Oil and Gas Corporation, Socar from Azerbaijan and MVM from Hungary are the shareholder companies of the project.