Federal Reserve officials saw financial turbulence growing through the summer of 2008, erupting into a full-blown crisis in September, transcripts of the meetings show 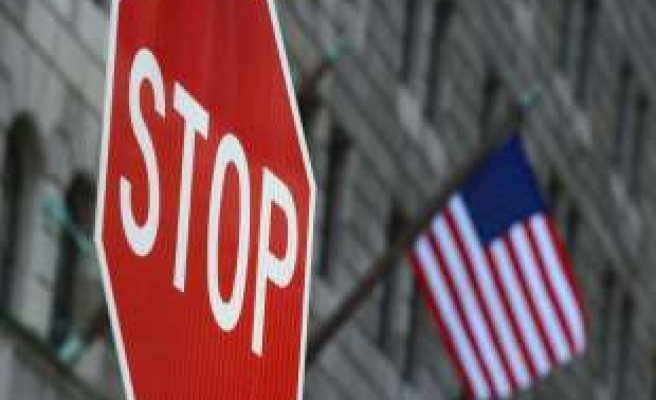 Federal Reserve policymakers, in a tense meeting on one of the darkest days of the financial crisis, worried Lehman Brothers' failure would wreak havoc on a teetering financial system but feared cutting interest rates might prove an over-reaction.

At a meeting the day after the investment bank filed for bankruptcy, Fed Chairman Ben Bernanke flatly told colleagues he was philosophically torn about how the U.S. central bank should respond, if at all, to the turmoil set off by Lehman's collapse.

The revelation came in transcripts of the Fed's 2008 policy deliberations released on Friday. The 1,865 pages throw light on a debate over whether to loosen monetary policy to battle a crisis that was fast engulfing global financial markets.

In a year that saw the United States and most of the developed world sink deep into a brutal recession whose scars still linger, U.S. central bankers wrestled with how to respond to panicked markets and economic data that sent mixed signals.

At the time, some officials thought the maelstrom would be resolved quickly, and many were wringing their hands over a run-up in inflation and hesitant to come to the aid of the economy.

At the Sept. 16 meeting, Bernanke struggled to weigh the moral hazard of "ad hoc" decisions to help failing banks against the possibility of "very severe consequences for the financial system and, therefore, for the economy of not taking action."

"Frankly, I am decidedly confused and very muddled about this," he said. "I think it is very difficult to make strong, bright lines given that we don't have a structure that has been well communicated and well established for how to deal with these conditions."

In the end, the Fed stood pat. Within a month, however, it had entered full crisis-fighting mode, and by the end of the year it had cut rates to near zero and launched the first of its several controversial bond-buying programs.

On Sept. 16, the day the Fed Board authorized a $85 billion loan to prevent the bankruptcy of insurer American International Group, policymakers were torn: inflation was running high, but signs of economic weakness were everywhere.

People in the tony suburbs across the bay from San Francisco were even deferring cosmetic surgery, joked then San Francisco Fed chief Janet Yellen, who succeeded Bernanke at the Fed's helm earlier this month.

Most of all, officials felt largely unable to gauge the likely fallout so soon after Lehman's bankruptcy, which turned out to be the beginning of a market sell-off that would cut the value of U.S. stocks almost in half.

Boston Fed President Eric Rosengren was one of the few who seemed certain of the fallout.

"This is already a historic week, and the week has just begun," he said, predicting firms would dump risky assets "with a vengeance."

He was the only official to call for a rate cut; others wanted to wait and see.

"Money doesn't talk; it swears," the Dallas Fed's Richard Fisher said, quoting Bob Dylan. "When you swear, you get emotional. If you blaspheme, you lose control. I think the main thing we must do in this policy decision today is not to lose control, to show a steady hand."

"We should be very certain about that change before we undertake it because I would be concerned, for example, about the implications for the dollar, commodity prices, and the like," Bernanke told the group as he summed up the discussion.

"So it is a step we should take only if we are very confident that is the direction in which we want to go."

As the worst recession in decades deepened, the U.S. economy shrank at an 8.3 percent rate in the fourth quarter of 2008. The unemployment rate soared to 10 percent the following year.

While the recovery has been erratic, growth has been strong enough and the jobless rate has fallen enough to prompt the Fed to start to unwind its extraordinary stimulus.

But in 2008, the crisis in the U.S. subprime mortgage market and in over-leveraged Wall Street banks quickly cascaded around the world, sparking investor panic.

On Sept. 16, tension was thick as the debate over the course of monetary policy turned to the issue of whether the Fed and the U.S. Treasury were right to let Lehman fail.

"I'm seriously interested in knowing what you ... think is the appropriate stage, if any, at which fiscal intervention becomes necessary," Bernanke asked Richmond Fed President Jeffrey Lacker.

Lacker's response: let failing banks fail and leave it to the Federal Deposit Insurance Corporation to pick up the pieces.

"We have a legislated program of fiscal intervention - deposit insurance - and the boundaries around that are very clear," Lacker said.

Kansas City Fed President Tom Hoenig, who is now vice chairman of the FDIC, concurred, and argued that easing policy to cushion the blow would merely compound the problem.

Rosengren, who like Lacker remains a Fed policy maker, countered that it was too soon to know whether letting Lehman collapse was the right thing to do.

"Given that the Treasury didn't want to put money in, what happened was that we had no choice. But we took a calculated bet ... We did what we had to do, but I hope we will find a way to not get into this position again."

In the end, only two of the five U.S. investment firms, Goldman Sachs and Morgan Stanley, survived the financial crisis - and only because of an unpopular taxpayer-funded bailout. The AIG bailout, which totaled $182 billion, also drew public scorn.

BRIGHT SIDE OF LIFE

Tension was also high in the lead up to JPMorgan's buyout of investment bank Bear Stearns in March, a deal guaranteed by the Fed.

On an unscheduled Jan. 9 conference call, Bernanke began the meeting by saying he thought rates needed to come down, but it would be appropriate to wait until a meeting at month's end.

Yellen said she could support a half-point rate cut "in the near future," but said she preferred to cut rates by a quarter-point immediately.

By the Jan. 21 meeting, Bernanke struck a much more urgent tone in advocating a rate-cut of three-quarters of a point, which the Fed carried out. "At this point we are facing potentially a broad-based crisis," he said. "We have to try to get it under control."

At a meeting a week later, some policymakers tried to look at positive signs, but Fed Governor Frederic Mishkin said those efforts reminded him of the Monty Python film that ends with characters that are being crucified, singing, "Always Look on the Bright Side of Life."

After an April interest rate cut of a small quarter-point to 2 percent, things looked less dire.

Indeed, the transcripts show top Fed officials thought their work was largely done. At a meeting in June, Yellen said she could see the Fed raising rates before year-end.

The market turmoil that followed the collapse of Lehman upended those expectations.

"I should say that this comes as a surprise to me," Bernanke said during an Oct. 7 call to line up support for a half-point cut. "I very much expected that we could stay at 2 percent for a long time, and then when the economy began to recover, we could begin to normalize interest rates."

"Clearly things have gone off in a direction that is quite worrisome."