Richard Fisher, president of the Dallas Fed, warned that loose policy could backfire and worsen the jobs and growth outlook, even as he said the economy is getting close to "stall speed." 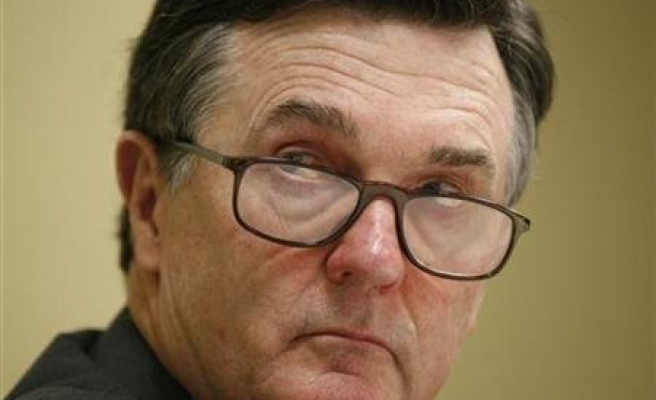 Two top Federal Reserve officials both warned about weakness in the U.S. economy on Tuesday, but they offered divergent views on how aggressive the U.S. central bank should be in trying to further stimulate growth.

Dennis Lockhart, president of the Atlanta Fed, who is viewed as leaning toward the employment-focused "doves" wing on the Fed, said the U.S. economy faces heightened risks and indicated he is open to further action. He warned, however, that such action is by no means certain.

On the other hand, Richard Fisher, president of the Dallas Fed, warned that loose policy could backfire and worsen the jobs and growth outlook, even as he said the economy is getting close to "stall speed." Fisher did say the Fed has plenty of ammunition left to help an economy, though it should use those bullets sparingly.

Lockhart, speaking in Jacksonville, Florida, said the Fed's move last week to boost growth by rebalancing its portfolio is not a sign the Fed is done with its support mechanism, but also should not be viewed as a promise of future help.

"The decisions of last week's meeting should be taken neither as signaling further action on the part of the Fed nor conveying that 'we're done,'" he said.

Under the program announced last week, aimed to push down long-term interest rates, the Fed will rebalance its $2.85 trillion portfolio by buying $400 billion in longer-term bonds while selling a like amount of shorter-dated dated debt.

Economic risk and uncertainty have increased as a euro zone debt crisis inflames financial tensions, said Lockhart, who is not currently a voter on the Fed's policy-setting Federal Open Market Committee.

However, in an illustration of the schisms within the FOMC, Fisher, of the Dallas Fed, expressed doubt the Fed's portfolio recomposition -- dubbed "Operation Twist" after a similar Cold War era initiative -- would succeed.

"The monetary accommodation we have thus far implemented has failed to deliver," Fisher said. "There is significant risk that the policies recently undertaken by the FOMC are likely to prove ineffective and might well be working against job creation."

The Texan is one of three policymakers who voted against both "Operation Twist" and the bank's decision in August to promise ultra-low interest rates through at least the middle of 2013.

Yet Fisher also said the Fed is not out of "bullets" to help the economy, though he said it must use its "awesome powers" sparingly.

Lockhart, providing a hint of what form any future monetary easing measures might take, said the Federal Reserve might consider being more explicit about its policy targets if economic growth remains weak.

He signaled he would back tying the path of monetary policy to the direction of inflation and jobs, a controversial step backed by Chicago Fed President Charles Evans.

"I wouldn't rule out consideration of some communications tools that could be applied, which could add a bit more ballast to the set of policies we have today," Lockhart said.

In a separate speech, one of Fisher's top lieutenants warned that the economy, which grew at an annualized pace of less than 1 percent in the first half of the year and is expected to plod along at a 1 percent to 2 percent pace over the second half, may grind to a halt.

"Economic growth has slowed and maybe stalled," Dallas Fed research director Harvey Rosenblum said in San Antonio, Texas. "We are on an edge."

To make his point, Rosenblum illustrated his talk with a picture of an Appalachian Trail ridge called "Knife's Edge."

Fears of a renewed downturn are growing around the world as well. Recent reports in Europe and China showed private sector business activity declined sharply this month as the euro zone crisis and the wavering U.S. recovery have dented confidence.

In the latest warning sign for the U.S. economy, an industry report showed U.S. consumer confidence was near a 2-1/2-year low in September.

Lockhart said that while he has revised his growth forecast down for the second half of the year to a pace of 1 percent to 2 percent, he does not expect the economy to contract. He also said circumstances would have to be "quite demanding" for the Fed to launch another outright expansion of its balance sheet through bond buying.

Lockhart said he would rule out temporarily allowing inflation to rise above the Fed's preferred level of just under 2 percent to spur growth.