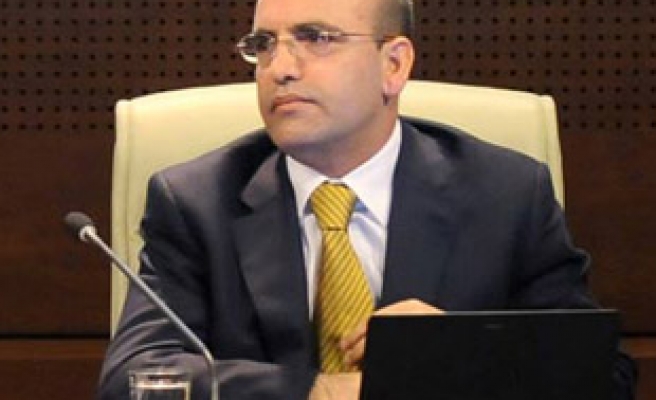 Giving a keynote speech on the second day at the 4th Istanbul Finance Summit (IFS) in Istanbul's Ceylan Intercontinental Hotel, which is officially sponsored by Anadolu Agency (AA), under the theme of "Financing Sustained Growth," Simsek remarked on Turkey's efforts in the last decade, for financing a sustained growth.

"Despite the increase in domestic demand, there was not any deterioration in the current account deficit of Turkey," he told the summit.

Simsek argued that the only area Turkey could not make reforms until today is labour force market, reminding of the last related package and law draft they submitted to the Turkish Parliament.

Stressing efficiency and innovation, Simsek pointed out increasing the value-added chain to enable the financing of sustained growth.

As for other efforts regarding the financing of sustained growth, Simsek underscored that Turkey has made a good headway in its fight against informal economy, adding the increase in energy efficiency.

As another key area for sustained growth, Turkish finance minister drew attention to the importance of reforms and improvements in education, considering the ratio of students in Turkish population.

"The 39 per cent of Turkey's population is comprised of students while the figure is only 22 in the European Union countries.

Highlighting reforms towards improving the quality of education, Simsek said "If we can attain the real success in education from now on, Turkey can make the required leap."

"Turkey has increased its budget for education by 6 times since 2012," he said.

He stated that one of the key problems Turkey is facing towards a sustained growth is the low quality in education despite all the related efforts and investments made in the recent years.

Simsek denoted the new aim of Turkey is to ensure a high quality in education as to pave the way for sustained growth.

"However, the participation rate of women to the labour force is still relatively low," he said.

Simsek indicated the early age of retirement as one of the key problems of Turkish economy and the reason behind the deficit in savings.

"The avarage age of retirement among OECD countries is 62 however it is 41 for women in Turkey on avarage and 63 for men," he noted.

He detailed the participation rate of women to the labour force as 32 per cent while the figure is about 60 per cent in OECD countries.

Simsek went on to say that Turkey has made great efforts in the last decade in terms of patent applications, boosting research and development activities, along with reforms in taxes, in the fight against informal economy and shadow economy.

He said the Ministry of Finance aimed to increase the inspections on taxes, by installing an electronic tax management system and boosting the number of tax auditors.

Simsek concluded his speech by saying that without competitiveness, we cannot expect innovation in the markets. "Thus, we need to improve our institutional infrastructure and shift to a performance-oriented culture, for which Turkey has not yet been able to make the necessary public reforms."