Firms pulling out of Egypt

Adidas and Puma are among 50 firms pulling out of Egypt due to the dire political situation in the country, and turning their attention to Ethiopia, Kenya and Tanzania. 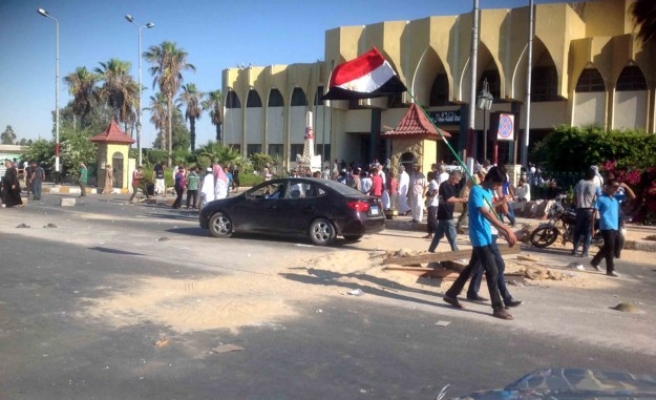 In Egypt, the withdrawal of up to 50 companies including Adidas and Puma has left 12,000 people out of employment as political uncertainty grips the country after the military coup of early July ousted the elected government. This follows a pattern of withdrawals from North Africa since the power vacuum resulting from the Arab Spring has opened the way of internal conflicts within countries in the region. On the other hand, this has increased business in central and eastern Africa. Meanwhile, three Turkish companies in the northern coastal city of Alexandria are preparing to withdraw for the same reasons.

Speaking to Turkey’s Sabah, officials from Turkey’s embassy in Egypt revealed that a Turkish textile firm is planning to pull out of Egypt by the end of the year due to the lack of stability in the nation. Although events seem to have calmed as of late, the turbulence in the Egyptian markets continues as the political crisis scares away foreign investors. Japanese motor companies Toyota and Suzuki are also planning to withdraw.

Egypt had previously attracted foreign investors due to its cheap labor force and energy costs, but produce from the country has reduced by 40% in the past six months. This has lead investors to take their business to Africa’s fast developing countries Kenya, Tanzania and Ethiopia. Ethiopia has seen its foreign investments sky rocket from 178 in 2012 to 257 in just nine months. This has also been helped by pressure on big firms to pull-out of Bangladesh due to its unsafe working conditions.

Egypt has also seen a drop in its exchange reserves from $36 million to $13 million as well as an increase in their debts to petrol companies.

Continuing effects of the coup !!!!!!

The COUP in egypt is the destructive tornado that will damage every thing in the country.

This is what you get when you have military coup in your country. sham on the whole world and UN they let Egypt down.

It's a message for all coup supporterthis what you will gain

Reserve amount dropped from $36 billion to $13 billion (not million indeed).