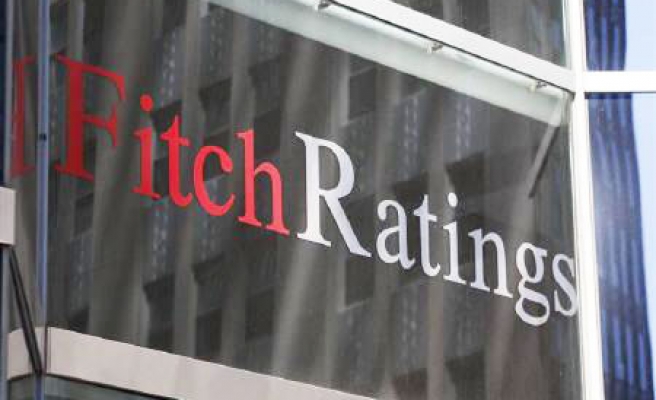 Fitch Ratings affirmed Italy's long-term sovereign debt rating at 'A-' on Thursday, averting for now the threat of aggressive forced selling by bond traders if the country had lost its only remaining single-A mark.

Fitch said Rome could tame its 2 trillion euro debt but its high borrowing costs and a possible policy failure at the European level still posed threats, leading the agency to keep its negative outlook on the rating.

Fitch said it took into account Italy's reform and fiscal efforts as well as the commitment shown by the government of technocrat Prime Minister Mario Monti.

"Debt stabilisation and reduction is within reach," Fitch said. "The principal risk to debt sustainability arises from further increases in Italian sovereign bond spreads that have the potential to deepen the recession," Fitch said.

Tough austerity measures adopted by the euro zone's third-largest economy as it fights to stay afloat in the bloc's debt crisis have tipped the country into a painful downturn.

The government is expected in September to revise down its current estimate that the economy will shrink 1.2 percent in 2012, bringing it closer to the central bank's forecast of a 2 percent contraction. Fitch also forecast a 1.9 percent drop in output.

Analysts say fiscal slippage should be limited, however, thanks to the cushion provided by anti tax-evasion measures expected to yield about 10 billion euros.

"Four fiscal packages ... over the last year and equivalent to 5 percent of GDP (gross domestic product) should be sufficient to reduce the budget deficit below 3 percent of GDP this year to place public debt on a downward path from 2013," Fitch said.

But stubbornly high yields on government bonds continue to be a major drag on Italy's public finances. They also keep the cost of loans at prohibitively high levels for Italian companies and households, aggravating the downturn.

Italy's 10-year bonds yield around 6 percent, or around 4.8 percentage points above their German equivalents.

The International Monetary Fund said this week fundamentals warranted a spread between Italian and German bonds that was 2 percentage points tighter than current levels.

Fitch saw a low risk of Italy losing market access and said it expected external support to be made available if bond yields were to rise much further.

Italy, which must raise around 180 billion euros in debt by year-end after issuing roughly 270 billion euros so far, has pressed its EU partners to help ease its funding costs.

A more flexible use of the bloc's rescue funds to buy bonds of troubled members agreed at an end-June summit is on hold until a ruling by Germany's Constitutional Court in September.

Fitch flagged the risk of a funding shock for Italy if the EU failed to take "timely measures to ensure the stability of European sovereign bond markets" or keep true to commitments undertaken so far.

But Italy's systemic importance was such that this should prevent inaction, Fitch said, pointing also to risks stemming from a possible Greek exit from the euro.