Rating agency forecasts slight moderation in growth to around 3.5 percent in 2016, 2017 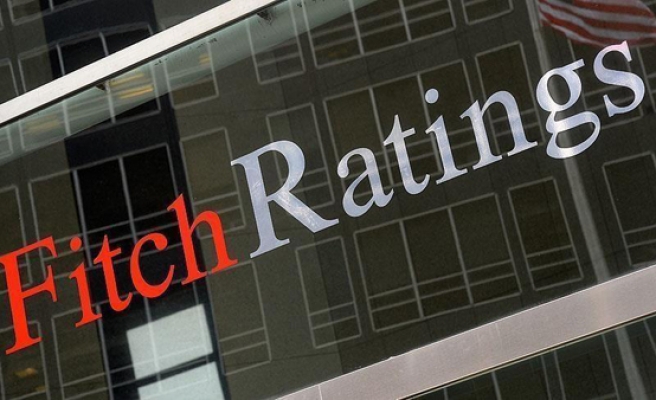 Fitch emphasized that geopolitical scene has worsened for Turkey due to its involvement in Syria, breakdown of the Kurdish peace process, terrorist attacks and the military incident with Russia.

However, the agency said the AK Party's triumph in elections has "eased domestic political uncertainty".

The rating agency stressed that a key credit weakness is external vulnerabilities for Turkey, such as net external debt is large at 38.4 percent of GDP at end of 2015, and gross external financing requirements are estimated to be $197 billion in 2016.

On the bright side, Fitch noted that Turkey's reliance on short-term borrowing has declined due to macro-prudential policy, and added that Turkish banks have sufficient sources of foreign exchange liquidity against financial shocks.

"Growth is comfortably in excess of peers, averaging 4.4 percent over 2011-2015. Fitch forecasts a slight moderation in growth, to around 3.5 percent in 2016 and 2017, and growth will be consumption-driven, reflecting the hike in the minimum wage, lower oil prices and a fairly loose policy stance," Fitch said.

"Inflation and inflation volatility are well in excess of peers ... the banking system is consistent with Turkey's investment grade rating, with a 'bbb', and banks are well regulated and profitable," the agency concluded.