Ford asked consumers to keep the Escapes parked rather than drive them to dealerships for repair. 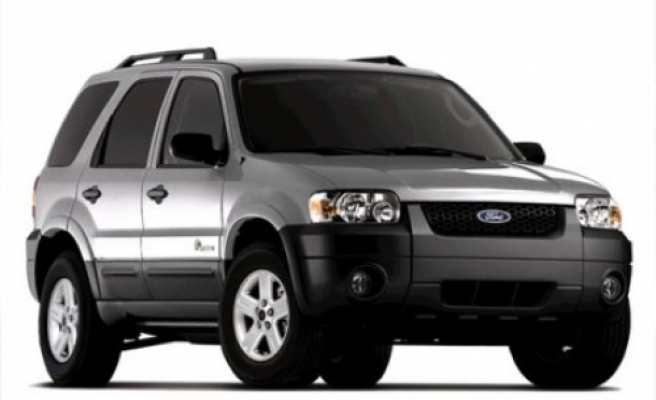 Ford Motor Co is recalling 484,600 older model Ford Escape SUVs, most of them in the United States, because their throttles can be stuck open, U.S. safety regulators said.

Ford Escapes from the 2001-2004 model years with three-liter, V6 engines are affected by the recall.

A week ago, Ford recalled about 11,500 new 2013 model year Escape SUVs with 1.6-liter EcoBoost engines due to a fire risk related to fuel lines. Ford asked consumers to keep the Escapes parked rather than drive them to dealerships for repair.

The issue involves the cruise control cable on the Escapes, and safety regulators are investigating whether it was a factor in the death of a teenager in Arizona earlier this year.

The regulator, the National Highway Traffic Safety Administration, said there have been 68 reported complaints of stuck throttles including nine injuries and the Arizona fatality.

Mazda has been working "hand-in-hand with Ford and NHTSA" on the stuck throttle investigation but by Thursday had not issued a recall of the Tribute SUVs from 2001-2004, said a company spokesman.

Regarding the Ford recall, NHTSA said, "Inadequate clearance between the engine cover and the speed (cruise) control cable connector could result in a stuck throttle when the accelerator pedal is fully or almost-fully depressed."

"NHTSA's investigation into this issue remains open, pending the agency's review of the documents provided by Ford in its recall action," NHTSA said. "Moving forward, NHTSA will continue to monitor any future issues involving a stuck throttle or unintended acceleration in these vehicles to ensure there are no additional safety risks that warrant further action."

The recall came after NHTSA opened an investigation into the matter last week.