Second-largest US car maker Ford, which recently closed down its 40-year-old Southampton plant, will be closing its Dagenham plant on July 26 and switching production to its Kocaeli plant in Turkey 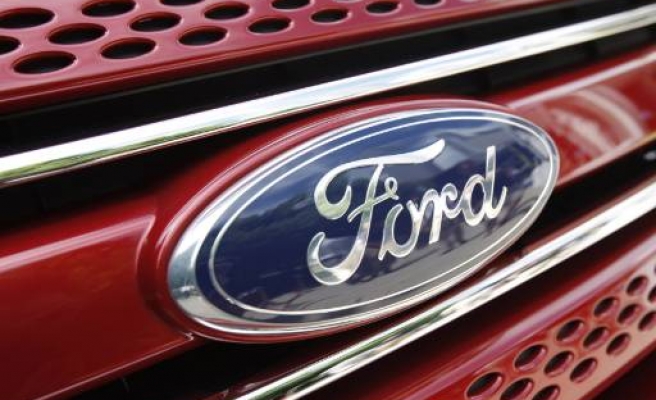 Second-largest US car maker Ford, which recently closed down its 40-year-old Southampton plant, will be closing its Dagenham plant on July 26 and switching production to its Kocaeli plant in Turkey, where, according to Ford, the costs are “significantly lower” than anywhere in Europe, even after delivery charges.

According to media reports, a further 750 jobs will be axed with the final UK plant closure in addition to the 531 employees that were dismissed after the Southampton closure. The Southampton plant was used for Ford Transit production, while the Dagenham plant had tool and stamping operations.

The company said that the capacity of the Kocaeli plant was much bigger than the Southampton one, which produced 28,000 vans last year compared to 185,000 vehicles produced in Turkey. The company is expected to close down another production facility in Genk, Belgium, next year.

Meanwhile, according to Turkish Statistics Institute (TurkStat) data released on Thursday, the number of vehicles registered in the country rose by 37.3 percent in May compared to the previous month. Furthermore, the figure increased by 32.6 percent year on year.

Looking at the data, 55.8 percent of the total 136,492 registered vehicles in May consisted of automobiles. Motorcycles followed the ranking, with 19.6 percent, while pick-up vans made up 14.2 percent. Compared to the previous month, the number of automobiles increased by 37.7 percent, minivans by 22.3 percent, buses by 26.8 percent, pick-up vans by 26.8 percent, trucks by 26.9 percent and motorcycles by 48.1 percent. Also, the number of vehicles in traffic in the first five months of the year was up by 406,735, reaching 17.4 million.

Among the brands preferred by buyers in May, 13.5 percent of cars sold were Renaults, which was followed by Volkswagen with 11.7 percent of the market, Ford with 10.7 percent, Fiat with 9.9 percent, Opel with 8.6 percent, Hyundai with 7.4 percent, Toyota with 4.3 percent and Dacia with 3.8 percent. Of the luxury brands, Mercedes-Benz made up 3.3 percent of new registrations, while BMW constituted 3.2 percent.