Angelos Filippidis said he had returned voluntarily from Istanbul, where he had been detained on a Greek arrest warrant. 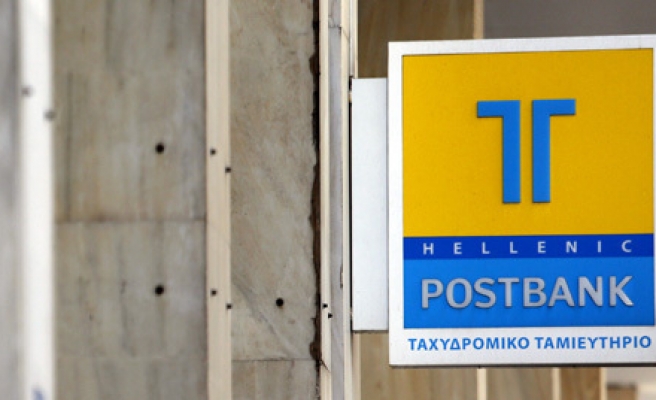 Greek prosecutors are looking into loans which TT granted in 2007-2012 without proper guarantees and which may have caused the bank losses of 500 million euros ($675 million).

Angelos Filippidis, taken in handcuffs to Athens central police headquarters with a pack of reporters in pursuit, said he had returned voluntarily from Istanbul, where he had been detained on a Greek arrest warrant. He has denied wrongdoing.

Greece's foreign ministry said Turkey had deported the banker. He will appear before a prosecutor later in the day.

Filippidis, who was once president of one of Greece's biggest football clubs, is among 25 people charged in the TT affair. They include Greek businessmen Dimitris Kontominas and Lavrentis Lavrentiadis - who is already in custody pending trial over another banking investigation. Both men deny wrongdoing.

Greece's financial crisis has led to public anger with a political and business elite widely viewed as privileged and corrupt, prompting prosecutors to step up corruption investigations.

Hit by the Greek debt crisis, TT was deemed non-viable by the Central Bank and was wound down last year after efforts to sell it failed. Greece's HFSF bank rescue fund then pumped about 4.5 billion euros into TT, stripped it of its bad loans and sold the rest to Greek lender Eurobank in July as part of a wave of consolidation in the battered banking sector.