Fabius said France was concerned about the ability of Romanian and Bulgarian authorities to ensure border security. 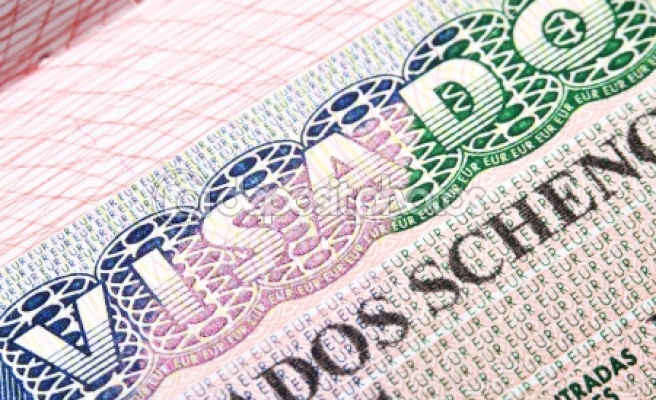 France is not in favour of allowing Romania and Bulgaria into Europe's passport-free Schengen zone for now due to concerns about border security, French Foreign Minister Laurent Fabius said on Monday.

"If there is not a change in conditions, we won't be in favour," Foreign Minister Laurent Fabius said of a forthcoming European Union decision on whether to grant passport-free movement to these citizens beginning Jan. 1, 2014.

His comments came amid fierce debate within France's ruling coalition over the treatment of the Roma population.

Some 20,000 Roma migrants from Romania and Bulgaria live in hundreds of squalid make-shift camps on the outskirts of French cities. Tensions with local communities have made Roma migration a contentious issue ahead of municipal elections next year.

Romanian and Bulgarian citizens currently have the right to travel with a passport throughout the Schengen zone, which removes border controls among most EU countries as well as non-members such as Switzerland and Norway.

Temporary restrictions that imposed passport checks were put in place when the two countries joined the EU in 2007, and are due to be lifted in January. But each EU country has the right to veto the admission of a member state into the Schengen zone and a vote is expected before the end of the year.

Germany said in March that it too opposed the entry of the two countries into the zone.

Fabius said France was concerned about the ability of Romanian and Bulgarian authorities to ensure border security.

"People coming from outside Europe could enter Romania and Bulgaria and then freely enter the rest of Europe," Fabius told France Inter radio. "There's a problem there, we must be sure that Bulgaria and Romania have the means to verify that.

"For the moment, it strikes me that those conditions have not been met," he said.

Last week, Interior Minister Manuel Valls caused uproar in the left-wing governing coalition by saying most immigrant Roma could not be integrated into society and should go home.

The far-right National Front has made the issue a top campaign theme for March's municipal elections, warning of a new influx of immigrants if Romanian and Bulgarian citizens are allowed to travel freely without passports in the Schengen zone.

That is a very funny news. Because, before Romania's accession to the UE, France was among the countries that criticized Romania for not being able to integrate gypsies. Now, because many gypsies flocked from Romania to the West (with their culture and horses), the French see that themselves are not able to domesticate them. And now they don't allow Romania to the UE because of them. Funny!