France won a two-year reprieve from the Commission just last year to get its public finances into shape in return for a promise to push ahead with reforms to make its economy more competitive. 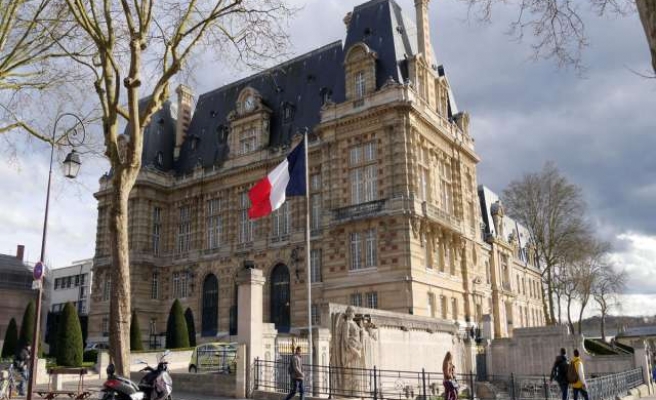 France announced on Wednesday it was breaking the latest in a long line of promises to European Union partners to cut its public deficit, conceding it now would take until 2017 to bring its finances in line with EU rules.

The statement by Finance Minister Michel Sapin follows weeks of hints by Paris that weakness in the euro zone's second-largest economy would prevent it bringing the deficit below the EU ceiling of 3 percent of output next year as promised.

Sapin insisted France was not seeking to change or suspend the rules but wanted the deteriorating outlook for growth and inflation this year and next to be taken into account.

Paris has led calls for a more flexible interpretation of EU budget regulations along with Italy, but German Chancellor Angela Merkel has rejected any bending of the rules and said on Wednesday euro zone countries should stick to their commitments.

"The (European) Commission is right to keep up pressure for solid budgets and reforms," she told parliament in Berlin. "What applies for Germany also applies unchanged for Europe."

Upholding those rules will now fall to Sapin's Socialist predecessor, Pierre Moscovici, who was appointed European Commissioner for economic and monetary affairs in the new EU executive team unveiled on Wednesday.

Moscovici, an advocate of Keynsian demand-led economics, will be supervised by two Commission vice-presidents, Jyrki Katainen and Valdis Dombrovskis, the former prime ministers of Finland and Latvia, both of whom back strict fiscal discipline.

"We are asking that everyone takes into account the economic reality we are all facing - growth that is too weak, inflation that is too low."

In an interview with France's Les Echos daily, Moscovici said no exceptions could be made for France, but that its efforts to narrow its deficit needed to be assessed fairly.

"It is out of the question to grant any derogation, suspension, exception or whatever for France - and it is not asking for any," Moscovici said.

"It is in no one's interest to make things awkward for France or demand the impossible. But it must do all that is required," he told the newspaper's website.

Sapin slashed his growth forecasts for the French economy to 0.4 percent this year and 1.0 percent next, from previous targets of 1 percent and 1.7 percent.

He said the government would stick to its plans to introduce no new taxes next year and make some 21 billion euros ($27.2 billion) of spending savings.

That means the deficit will now rise slightly to 4.4 percent this year, before easing to 4.3 percent in 2015 and only approaching the 3 percent ceiling in 2017, at the end of President Francois Hollande's five-year term.

France won a two-year reprieve from the Commission just last year to get its public finances into shape in return for a promise to push ahead with reforms to make its economy more competitive.

That was the latest in over a decade of broken promises by France and other countries that have undermined confidence in the EU's Stability and Growth Pact on deficits.

But the yield on the French 10-year bond was largely unchanged at 1.39 percent after the announcement - an indication that markets retain confidence in France's highly liquid debt for now.

Hollande has won support from some EU partners for its campaign for flexibility in interpreting of EU budget rules, and European Central Bank Mario Draghi has eased the focus of his policy away from austerity towards reforms and promoting growth.

Yet German Finance Minister Wolfgang Schaeuble on Tuesday rebuffed calls for Berlin to spend more to boost the euro zone economy, insisting on the need for painful structural reforms.

Hollande, who has the lowest approval rating of any modern-day French president over his inability to fix the economy, last month ejected a trio of leftist ministers who had challenged budgetary rigour.

The official line for months has been that France accepts the need to reduce its deficit - but at a different rhythm to that currently agreed with its EU partners.