France reduced the legal working week from 39 to 35 hours just over a decade ago when a Socialist government was last in power, arguing that the move would encourage hiring. 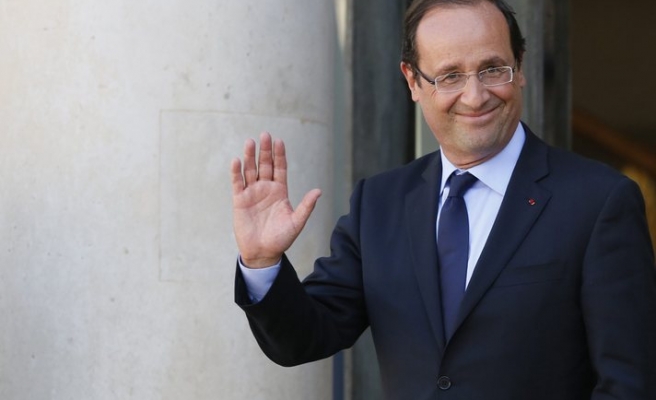 The measures were in a budget bill that France's first left-wing government in a decade presented to the National Assembly after taking power following Francois Hollande's presidential election victory in May.

In one vote, the lower house of parliament endorsed plans to scrap the tax-free status of overtime hours from August onwards, unstitching tax breaks that symbolised the "work more, earn more" slogan which swept Sarkozy to power in 2007.

The vote, first scheduled for Wednesday, was delayed until a few hours before dawn on Thursday by bickering between Socialist supporters and centre-right opponents who say the measure will damage people's spending power.

Laurent Wauquiez, a centre-right politician who was a member of Sarkozy's government, denounced what he called a "rip-off" by Hollande's Socialists, saying the tax changes would knock 5-7 percent off the incomes of more than 9.5 million people in France, where the working population is roughly 25 million.

Hitting back, government spokeswoman Najat Vallaud-Belkacem said the tax breaks Sarkozy put in place had encouraged firms to pay overtime instead of hiring, costing the economy anything between 40,000 and 80,000 jobs and costing the state a total of 25 billion euros ($30.6 billion).

"It cost 5 billion euros a year without doing much for economic activity and growth," she told France Info radio.

Hollande won power on pledges to reboot the economy and get rid of a large deficit without subjecting voters to Greek-style austerity, primarily by proposing a tax-and-spend programme that he says will hit the rich harder.

The second measure approved in a National Assembly vote was an emergency increase in wealth tax designed to generate an extra 2.3 billion euros for the cash-strapped government pending fuller legislation next year to repeal tax reductions that Sarkozy introduced in 2011.

The overtime and wealth tax measures are key elements of a bill that revises the 2012 budget as Hollande and his government seek to deliver on European promises to cut France's public deficit to 4.5 percent of GDP this year from 5.2 percent last year, and to 3 percent of GDP in 2013.

Among other changes lawmakers backed were a 3 percent tax at source on cash dividend payouts by companies, in line with a goal of encouraging re-investment of profits, and a hefty reduction in value of inheritances that benefit from automatic tax exemption, to 100,000 euros from 159,000.

France reduced the legal working week from 39 to 35 hours just over a decade ago when a Socialist government was last in power, arguing that the move would encourage hiring. Without scrapping it, Sarkozy eased the strictures of the law by easing welfare levies and income tax on overtime hours.

High labour costs are back in the headlines following the announcement of 8,000 layoffs by carmaker PSA Peugeot Citroen, which has kept a far larger portion of its production in France while rivals such as Renault shifted much of it to eastern Europe.

Vallaud-Belkacem defended the abolition of Sarkozy's tax breaks, saying the costly measure for the state had mostly helped people who already had jobs but increased the number of jobless people, which is at its highest level since 1999.