Finance Minister Pierre Moscovici said that they would have significant commercial opportunities in Iran if sanctions are lifted. 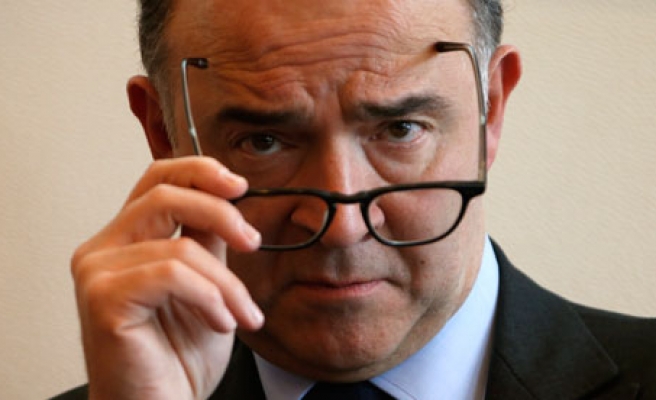 France will have "significant commercial opportunities" in Iran if sanctions are lifted, but Tehran first has to prove its good faith in abiding by nuclear undertakings, Finance MinisterPierre Moscovici said on Sunday.

Moscovici was speaking on LCI television as a French business delegation travelled to the Iranian capital for meetings with officials and business leaders.

The three-day visit is intended to "convey the message that, if the situation improves, there will be significant commercial opportunities for France in Iran", Moscovici said.

"But the underlying message should be read as an (encouragement) to the Iranians to keep their word," he said, adding: "It's a very sensitive dossier."

In return for a pledge by Tehran to freeze key parts of its nuclear programme, world powers includingFrance agreed in November to a six-month suspension of sanctions on selected goods and services. The easing is only now beginning to take effect.

The prospect of a relaxation of trade restrictions has whetted the appetite of French firms eager to win back business in a country of around 80 million people where some previously had extensive operations.

Renault said last week it had resumed shipments of parts to Iran, and that it expected production of the Tondar, an Iranian version of Renault's low-cost Logan model, to pick up progressively throughout the first half of 2014.

Along with French companies in sectors ranging from energy to food, the carmaker and its domestic rival PSA Peugeot Citroen are keen to resume business in Iran and reclaim the significant market share they enjoyed until sanctions were tightened.

Over 100 French companies - including both carmakers - are on the delegation. Media reports have said it also includes GDF Suez, Alstom, Veolia Environnement and Safran.