Shares in Eurotunnel, which tumbled in June on news of the Commission's request, closed up 0.4 percent at 6.31 euros 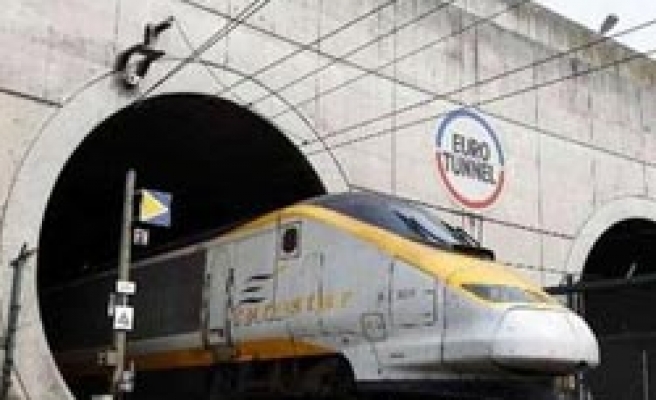 France and Britain will reject the European Commission's request to lower Eurotunnel charges for passenger and freight trains using the Channel Tunnel, the CEO of operator Eurotunnel said on Friday.

Shares in Eurotunnel, which tumbled in June on news of the Commission's request, closed up 0.4 percent at 6.31 euros on Friday in a stable market.

The Commission says excessively high track-access charges are resulting in pricey tickets for passengers using the Eurostar service linking London with Paris and Brussels. The charges are also stifling growth in freight trains crossing the Channel, it says.

In June, it gave both countries until Sept. 30 to respond to a request to lower its fees or face possible court action.

"I met both ministers in person a couple of hours ago and they told me that both France and Britain would jointly reject the EU's request," Eurotunnel CEO Jacques Gounon told reporters in Paris on Friday.

The French transport ministry confirmed that it found the Commission's grievances unfounded.

"We will argue that these charges are based on long-term costs - that they include the cost of building the infrastructure and amortising the investment, that they don't only take into account operational costs and that this is in line with a European directive," a ministry spokeswoman said.

A spokesman for Britain's Department for Transport declined to give details but reiterated that the government did not consider itself in breach of its obligations.

"It's a long-term concession... entirely funded by the private sector, so you cannot reason in the way you would for public infrastructure that is funded by taxpayers," Gounon said.

Eurotunnel charges a one-way reservation fee of 4,320 euros ($5,800) for Eurostar trains and 16.60 euros per passenger. EU officials have said that if the charges were roughly halved, this would double the amount of daily freight train services, making up the difference.

But Gounon questioned whether this would work, saying transport operators limit the number of trains they run each day.

Eurotunnel posted a net loss in the first half, due in part to the cost of the launch of a new ferry service. But revenue rose 10 percent on the period and Gounon said 2013 would be a good year in terms of traffic, thanks to the relative health of the British economy.