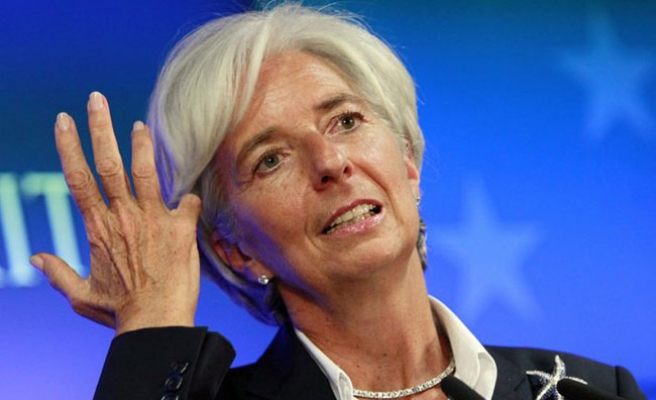 A French court ordered an investigation on Thursday into the role of IMF head Christine Lagarde in a large settlement paid to a businessman friend of President Nicolas Sarkozy when she was finance minister.

The investigation will get under way at once into Lagarde's alleged complicity in the misuse of public funds in her approval of a 285 million euro ($407 million) arbitration payout to Bernard Tapie in 2008, the court's prosecutor said.

Lagarde -- who took up her post as International Monetary Fund managing director last month -- has denied any misconduct and her lawyer said the probe would be "in no way incompatible" with her functions at the global lender.

Analysts said the development would be awkward for Lagarde as she makes her IMF debut and tries to turn the page from her predecessor Dominique Strauss-Kahn's exit from the post in a sex assault scandal -- but they also said it should not immediately hurt her credibility.

"Today's news is politically unhelpful but on the other hand I would be surprised if this triggered a dynamic making this a major issue and affecting Lagarde's stewardship at this stage," said Thomas Klau of the European Council on Foreign Affairs.

"There is obviously no direct link between her responsibilities at the IMF and the issue under review, which goes back to her early days as finance minister. That said, any appearance of impropriety of any kind has become potentially more virulent as a result of the Strauss-Kahn affair," he said.

There has never been any question that Lagarde, who won wide international respect as finance minister and is herself a former high-flying lawyer, benefited personally from the affair.

France's public prosecutor had recommended the Court of Justice of the Republic, a special tribunal that can judge ministers, order an investigation, following a request from opposition Socialist Party politicians.

The court was initially due to rule in June, just at the time Lagarde was bidding for the IMF job, but asked for more time to weigh its decision.

"We have come out in favour of an investigation concerning Madame Lagarde," court official Gerard Palisse said, after the court met for several hours to examine the results of a preliminary judicial review.

Yves Repiquet, a lawyer for Lagarde, told France's BFM TV that Lagarde had received the news calmly and even with relief, following months of speculation over whether a complaint brought by the Socialists over the case would end up in a probe.

"This procedure is in no way incompatible with the current functions of the managing director of the IMF," Repiquet said in a statement emailed directly after the court's announcement.

He said Lagarde had acted perfectly legally in letting the Tapie case be settled by arbitration.

Lagarde, 55, is tasked with drawing a line under the Strauss-Kahn scandal, but she now faces being called for questioning by investigating judges in a process that could run for months or even years.

"An investigation could take a very long time, one could expect it to take several years as there would be a lot of witnesses to interview, among them Madame Lagarde, who could also be investigated as a suspect," Virginie Duval, general secretary of France's USM magistrates union, told Reuters television.

Lagarde is accused of overruling objections from advisers to settle the case with Tapie, who said Credit Lyonnais bank had defrauded him in the 1993 sale of his stake in sports clothing group Adidas.