Projects now in jeopardy include a landmark drilling programme by U.S. giant Exxon Mobil in the Russian Arctic that started in August as part of a joint venture with the Kremlin's oil champion Rosneft. 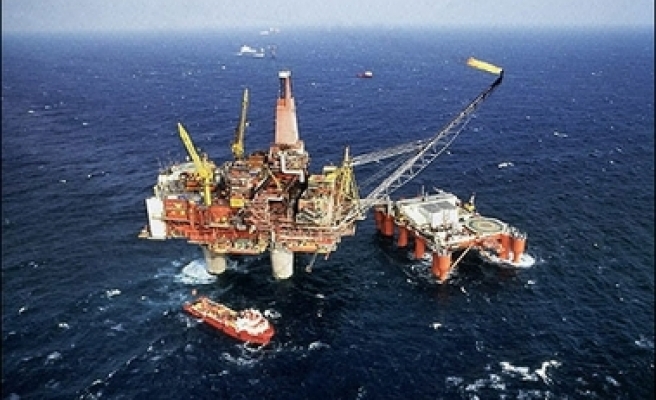 Fresh U.S. and EU sanctions imposed on Moscow will bring an abrupt halt to exploration of Russia's huge Arctic and shale oil reserves and complicate financing of existing Russian projects from the Caspian Sea to Iraq and Ghana.

The new measures, designed to put further pressure on President Vladimir Putin over Russia's actions in Ukraine, are a major broadening of the previous sanctions, which only banned the export of high technology oil equipment into Russia.

Projects now in jeopardy include a landmark drilling programme by U.S. giant Exxon Mobil in the Russian Arctic that started in August as part of a joint venture with the Kremlin's oil champion Rosneft.

Now this and dozens of other projects that Rosneft and Gazprom Neft agreed with Exxon, Anglo-Dutch Royal Dutch Shell , Norway's Statoil and Italian ENI will have to be put on hold.

"Cutting off U.S. and E.U. sources of technology and services and goods for those projects makes it impossible, or at least extraordinarily difficult for these projects to continue...There are not ready substitutes elsewhere," a senior U.S. administration official told a briefing on Friday.

The companies will have 14 days to wind-down activities.

"There is no contract sanctity," the U.S. official said.

Russia, the world's second-largest oil exporter, is counting on its Arctic and "tight" shale oil reserves to sustain production at around 10.5 million barrels per day, amid declining output at old West Siberian fields.

Valery Nesterov from Russian state bank Sberbank, which was also sanctioned by the EU and the United States, foresaw serious complications.

"What is really worrying are sanctions on tight oil. Russian companies haven't invested enough in research and technology. They were heavily relying on Western technologies and now it is simply too late," he said.

Key among Russian tight oil reserves are the Bazhenov formations, which are located beneath existing mature west Siberian fields.

They are estimated to contain as much as a trillion barrels of oil - four times the reserves of Saudi Arabia.

Rosneft and Gazprom Neft are working on Bazhenov with Exxon and Shell.

"When we learnt about the first sanctions we decided to speed up work on all fronts to minimise the damage to the company," said a Rosneft source.

Rosneft's chief Igor Sechin, a close ally of Putin, said earlier this month the company had approved a programme to replace all Western technology in the medium-term.

Spokesman Mikhail Leontiyev said Rosneft's lawyers were studying the sanctions and their implications for joint Arctic drilling with Exxon.

Rosneft has a total of 44 offshore deposits in the Arctic and the Black Sea, with estimated reserves of 300 billion barrels. It had planned to develop them with Exxon, ENI and Statoil.

A Lukoil source said the new sanctions were a shock.

"We were really not expecting to end up on the sanctions list," said a source at Lukoil, Russia's largest private oil company.

Lukoil is the most active Russian company overseas and has assets ranging from deep-water projects off Ghana to shallow-water Caspian Sea activities and giant onshore operations in Iraq. It was planning to drill for tight oil in Siberia with French oil major Total.

U.S. administration officials said on Friday the new measures were designed in such a way as to avoid affecting conventional production or foreign projects by Russian companies.

"Lukoil's operations in the U.S., like for instance their filling stations, should not be affected," the senior U.S. official said.

However, bankers and traders working with Lukoil said the sanctions will further complicate the company's ability to raise funds, including for its foreign projects like deep-water Ghana.

Lukoil was the last Russian oil firm to raise a big Western loan - $1.5 billion including money from U.S. banks - but since July, when Western sanctions were expanded, all lending to Russian energy companies stopped.

"Once you are on the sanctions list, lending becomes close to impossible," said a senior oil trader at a Western trading house, who works with Russian oil firms.

U.S. administration officials said on Friday the new sanctions will further hit the Russian economy on the brink of recession and facing a 13-percent weakening of the rouble and $100 billion in capital outflows so far this year.

If the energy companies turn to the central bank for financing, that will only draw down on the state's resources, the U.S. officials said.

"Then Russia will have to go to Asia for financing but God knows what the cost of borrowing will be there. Asian lenders will quickly raise rates," said Kruykov.