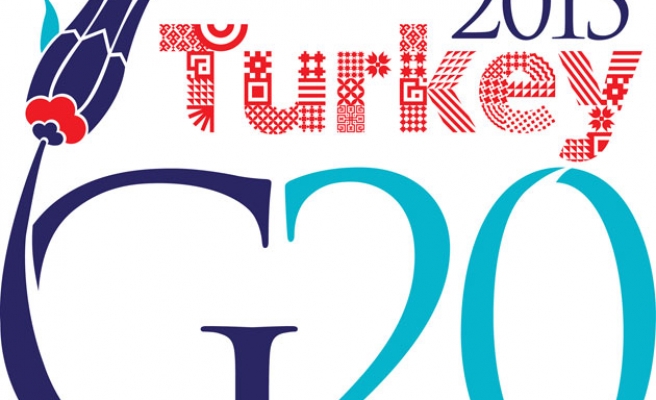 Turkish Prime Minister Ahmet Davutoglu said that Turkey would take the opportunity -- as holder of the G20 rotating presidency -- to become a 'bridge' between G20 economies and the least develop countries, or LDC, group.

Davutoglu added that implementation was what would bring promises and ideas to fruit, and that investment was the driving force behind economic growth.

Bank of England Governor Mark Carney said on Monday he was worried about financial reform fatigue globally, ahead of a meeting of G20 finance ministers and central bankers.

"I worry about reform fatigue, not surprisingly, both at the FSB (Financial Stability Board) and more generally," Carney said at an Institute of International Finance meeting.

"Many of the toughest reforms are micro reforms that can have big political coalitions against them and have payoff very far into the future," he said.

Carney said that although the financial system was less likely to amplify initial shocks than in 2008, there was no room for complacency about its resilience.

OECD: G20 must focus on productivity, competitiveness to boost growth

The world's 20 biggest economies must focus on higher labour productivity and become more competitive and innovative if they want to deliver on a pledge to boost economic growth, the OECD said ahead of a G20 meeting.

Leaders of the world's top 20 economies (G20) agreed last year to launch new measures to raise their collective gross domestic product growth by an additional 2 percentage points over the next five years above the level projected in 2013.

The pledge, called the Brisbane Action Plan, entails about 1,000 commitments. G20 finance ministers and central bank governors meeting in Istanbul on Monday and Tuesday will discuss ways to prioritise and implement them.

"Labour productivity remains the main driver of long-term growth," the Organisation for Economic Cooperation and Development (OECD) said in a report prepared for the meeting.

The OECD, together with the International Monetary Fund, is likely to be tasked with negotiating with individual countries on which reforms to choose first.

"Priority should be given to reforms aimed at developing skills and knowledge-based capital. Raising the quality and inclusiveness of education systems will underpin this," it said.

"Governments need to improve policy settings in competition and innovation to facilitate the entry of new firms and the smooth reallocation of capital and labour towards the most productive firms and sectors," the report said.

Structural reforms have slowed in most advanced economies in the last two years after a flurry of activity at the height of the financial crisis while big emerging economies were speeding up changes, it said.

Overall, structural reforms implemented since the early 2000s have contributed to raising the level of potential gross domestic product per capita by around 5 percent on average across countries, with most of the gains coming from higher productivity, the OECD said.

"Further reform towards current best practice could raise the long-term level of GDP per capita by up to 10 percent on average across OECD countries," the report said. "This is equivalent to an average gain of around $3,000 per person."

The OECD said governments should ensure that women, young people as well as low-skilled and older workers also get jobs and earn decent salaries.

Italy's Padoan: Europe needs to be bolder in boosting investment

"We need to be bolder in Europe in terms of risk taking ... I hope that policy action will indeed facilitate stronger private sector investments, especially infrastructure investments," Padoan told an Institute of International Finance gathering in Istanbul ahead of a meeting of G20 finance chiefs.

The article, on the eve of a meeting of G20 finance ministers and central bankers in Istanbul, said reforms to boost productivity and raise living standards were key, including infrastructure investment and support for small businesses.

"Our message at the G20 is this: governments must use the full set of tools they have at their disposal to support their economies and realize the collective G20 objective of strong, sustainable and balanced global growth," they wrote.

They also said it was important for Greece to implement a credible and comprehensive approach to reform, recovery and economic growth, in close consultation with its European and international partners.

G20 will then resume at the end of the month with sessions on energy and employment in the popular tourist resort Antalya in southern Turkey.