Under pressure from investors to show action, finance ministers and central bankers from the Group of 20 economies said they would take all steps needed to calm the global financial system. 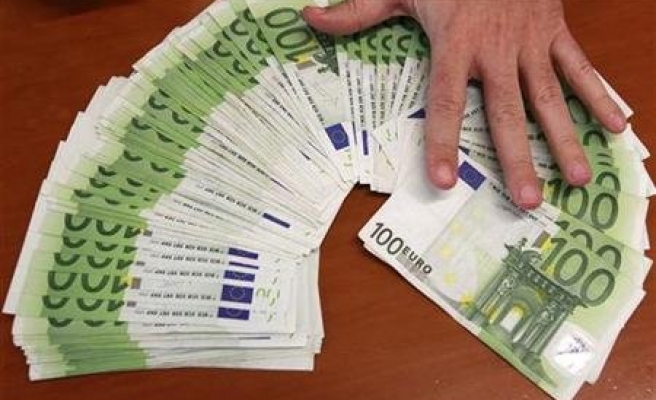 The world's major economies on Thursday pledged to prevent Europe's debt crisis from undermining banks and financial markets, and said the euro zone's rescue fund could be bolstered.

Under pressure from investors to show action, finance ministers and central bankers from the Group of 20 economies said they would take all steps needed to calm the global financial system.

"We commit to take all necessary actions to preserve the stability of banking systems and financial markets as required," the group, including the United States and China, said in a communique after a dinner meeting on Thursday.

Shares of several European banks have tumbled and funding costs have risen as investors worried about bank exposure to debt issued by Greece and other debt-heavy European countries.

World stocks slumped on Thursday to their lowest level in 13 months, hurt by the risk of a new U.S. recession and weaker economic data from China as well as Europe's debt problems.

But the pledge of action from the G2O gave a lift to the euro in early trade on Friday, while softening stock losses in Asia. U.S. stock futures pointed to a higher open in New York.

In a sign the euro zone was working on adding to the potency of its 440 billion-euro financial rescue fund, the G20 statement said the bloc's members would implement "actions to increase the flexibility of the EFSF and to maximize its impact" by the group's next ministerial meeting in October.

No details were given of how the EFSF might be altered, although French Finance Minister Francois Baroin used the word "leverage" in comments to reporters.

The United States has previously proposed that Europe could leverage up the European Financial Stability Facility, giving it more clout to protect the euro zone and its banks.

A U.S. official, speaking after the G20 meeting, said the group showed a heightened sense of urgency but did not discuss a specific mechanism to leverage or expand the bailout fund. Initially, officials had not planned to issue a statement, but came out with a hurried communique after Thursday's big stock market sell-off.

A G20 source said the reference to the EFSF in the communique was left ambiguous to keep open the possibility of leveraging up the fund or using it to buy government debt on secondary markets.

European political leaders, especially in Germany, have opposed dedicating more money to offsetting what they see as the profligacy of highly indebted countries such as Greece, complicating discussions about fighting the financial crisis.

At the same time, tensions have flared within the European Central Bank over its role in buying debt of struggling euro zone countries. Euro zone officials have said leveraging the EFSF could run into big legal problems.

However, Europe has come under heavy pressure from the United States and other countries to take bolder steps.

Earlier on Thursday, U.S. Treasury Secretary Timothy Geithner voiced optimism that Europe would devote more of its own resources to backstop euro area governments and banks.

"I am very confident they're going to move in the direction of expanding (their) effective financial capacity," he said. "They're just trying to figure out how to get there in a way that is politically attractive."

Analysts said Thursday's statement was unlikely to inject much confidence into markets.

"We need to see concrete action involving coordinated monetary policy easing globally and a massive increase in the firing power of the EFSF or the ECB to buy bonds in indebted European countries," said Shane Oliver, head of investment strategy at AMP Capital in Sydney.

"Without any hard action, investors will quickly see through it and it won't provide any help."

The G20 talks came ahead of two days of meetings of the International Monetary Fund and World Bank which bring together finance officials from virtually every country in the world -- each with a stake in seeing Europe's crisis contained.

Earlier on Thursday, the leaders of seven big economies stressed the need to contain the debt crisis, and finance officials from the so-called BRICS countries, including heavyweights China, Brazil and India, said they would consider giving more funds to the International Monetary Fund to boost global stability.

But India said developing countries were not in a good position to bail out richer economies and the U.S. official said the G20 had not talked about emerging economies providing the IMF with more funds.

The euro area crisis, centered on a fiscal meltdown in Greece, has put a strain on the IMF's resources. With key economies teetering on the edge of recession, more countries could seek emergency loans, quickly depleting its capital.

Highlighting the growing role of the BRICS in the world, China's central bank chief, Zhou Xiaochuan, said major emerging markets should boost domestic demand to take up some of the slack caused by weakness in the United States and Europe.

But Zhou made no mention of repeated U.S. calls for Beijing to let its yuan currency rise faster.

The study, perhaps the most stern warning about the euro's future from a central banker, was a parting shot from ECB chief economist Juergen Stark, who resigned this month after opposing the bank's purchases of troubled countries' bonds.