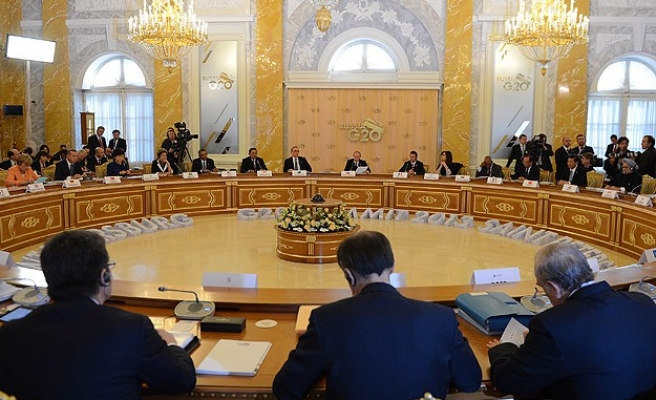 The Group of 20 leading nations say they are tantalisingly close to adding an extra $2 trillion to the global economy and creating millions of new jobs, but Europe's extended stagnation remains a major stumbling block.

The finance ministers and central bank chiefs gathered in the Australian city of Cairns claimed progress on fireproofing the world's financial system and on closing tax loopholes exploited by giant multinationals.

They also dealt with the thorny problem of whether to invite Russian President Vladimir Putin to the G20 leaders' summit in November given events in Ukraine, with the consensus being to maintain diplomatic pressure but leave the door open for his attendance.

"We are determined to lift growth, and countries are willing to use all our macroeconomic levers - monetary, fiscal and structural policies - to meet this challenge," said Australian Treasurer Joe Hockey, who hosted the event.

Almost 1,000 measures had been proposed that would boost global growth by 1.8 percent by 2018, nearing the ambitious goal of 2 percentage points adopted back in February.

A common concern was the risk of Europe's economic malaise pulling others down. U.S. Treasury Secretary Jack Lew cited "philosophical" differences with some of his counterparts in Europe, especially on the need for near-term stimulus.

"The concern that I have is that if the efforts to boost demand are deferred for too long, there's a risk that the headwinds get stronger and what Europe needs is some more tailwinds in the economy," said Lew.

That was not an argument that found favour with German Finance Minister Wolfgang Schaeuble who emphasised the need for structural reforms and strict budget controls.

The proposals to lift global growth will now go for formal approval at the summit of G20 leaders in Brisbane in November.

Chief among them was a global initiative aimed at increasing private investment in infrastructure, a particular hobby horse of the Australians who head the G20 this year.

CHINA GETS A PASS

While Europe's failings were front and centre, there was surprisingly little said about China's slowdown, at least publicly. That struck some as odd given the Asian giant was just behind the United States in the size of its economy.

"Our basic point on the aspirational growth target is that with China slowing down in a structural sense... it will be exceedingly difficult to hit that (2 percent) number, given China's massive arithmetic impact," said Huw McKay, a senior international economist at Westpac.

The risks that super-loose monetary policy could inflate asset bubbles was also much discussed by the G20, along with the need for the U.S. Federal Reserve to avoid spooking markets as it winds down its quantitative easing campaign.

The Fed is widely expected to end its asset-buying program in October and to start raising interest rates next year, a marked contrast to the European Central Bank and the Bank of Japan where even more easing might be needed.

Regulators are looking at increasing the size of the capital buffer that the world's top banks need to hold to reduce the risk of a repeat of the global financial crisis.

European Central Bank Governing Council member Christian Noyer said a buffer of about 16 percent of risk-weighted assets was realistic but had not been finalised. A figure would be announced at the leaders summit, he said.

Also on the drawing board were plans to stem the loss of revenue from multinationals shifting their profits to low-tax countries, potentially reclaiming billions of dollars.

Taxation arrangements of global companies such as Google Inc , Apple Inc and Amazon.com Inc have become a hot political topic following media and parliamentary investigations into how many companies reduce their bills.

"We have endorsed far-reaching initiatives to identify and catch tax cheats through the automatic exchange of information using a Common Reporting Standard," said Australia's Hockey.

"We encourage others to match this commitment so that there are no places to hide."