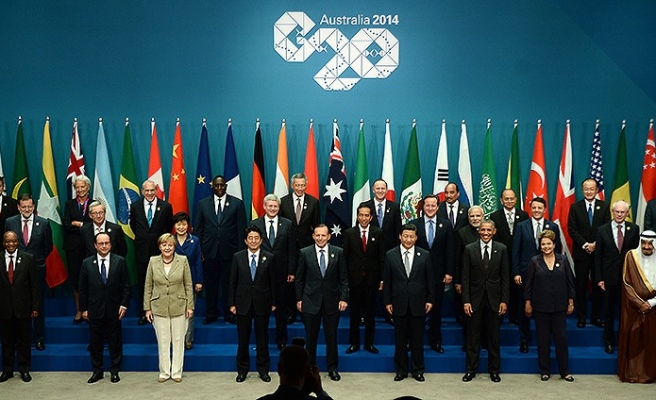 Twenty world leaders signed their names to three pages of pledges at the G20 summit but it remains to be seen whether the agreement will produce real change.

The signatories, representing 19 of the world’s most powerful countries plus the European Union, wrapped up two days of intense, robust and often fiery conversations and confrontations in Brisbane, Australia, on Sunday.

Prime Minister Tony Abbott declared the summit “a success,” maintaining it “delivered real, practical outcomes” that would benefit “people right around the world.”

Included among 800 pledges from this year’s summit are commitments to crack down on corporate tax avoidance: find jobs for 100 million women by 2025; address a $70 trillion shortfall in infrastructure needed within 15 years; boost free trade and strengthen global financial regulation to prevent another global financial crisis.

The plan envisages boosting the world economy by $2 trillion over five years to lift global gross domestic product by 2.1 percent above projected levels by 2018.

But not everyone was convinced.

“The G20 has a tradition of over promising and under-delivering,” the BBC’s James Landau began. “How meaningful is this new growth target?”

The leaders' communique was certainly stirring in its commitment to growth but then the message from St Petersburg last year said virtually the same thing and the same can be said of the declaration from Mexico in 2012.

Will next year’s G20 meeting in Turkey be steeped in the same sentiment and deliver the same well-intentioned but difficult commitments?

Cameron took Landau to task regarding his accusation that the G20 was little more than a talking shop producing unattainable promises.

He referred to the assertion as “unfair” and spoke of two issues that the G20 has pushed in recent years.

“The first, making sure we reform, recapitalise and strengthen our banks and our financial system so that never again do we have a situation where a bank falls over and has to be supported by taxpayers, you know, that has been largely solved by the G20 and the hard work of [Bank of England Governor] Mark Carney and the Financial Stability Board,” Cameron argued.

The second, of getting companies to pay their taxes.

“This is an issue that for years had been left alone,” Cameron said. “I put it squarely on the agenda on the G8, the G20 has taken on the work and, whereas it was just a few tax authorities sharing this information so that companies had nowhere to hide, it’s now 92 different tax authorities.”

Tax avoidance by multinational firms has been a consistent issue government’s have faced, attempting to stop companies such as Amazon and Google moving their profits to countries with more less costly tax regimes.

While conceding global summits could be lengthy communiques and promises, Cameron argued that “some real progress has been made by the G20 over the last few years and we should recognise that.”

Turkish Prime Minister Ahmet Davutoglu has vowed that climate change will top the list of issues when his country hosts next year’s G20 summit.

Abbott had tried to keep climate change off the agenda at Brisbane and focus on economic issues, much to the annoyance of environmental activists.

“We want to be the voice of everybody,” Davutoglu said in Brisbane. “If the G20 agenda is only limited to financial issues, the G20 cannot function, it cannot have international legitimacy.”

Speaking at press conference after the summit, Davutoglu added:  “We will proceed with an action plan to combat corruption effectively during our G20 presidency.”