The Gaza energy authority has called on the PA to cancel the taxes it imposed on Gaza's fuel imports so that the Gaza government might buy fuel for the power plant. 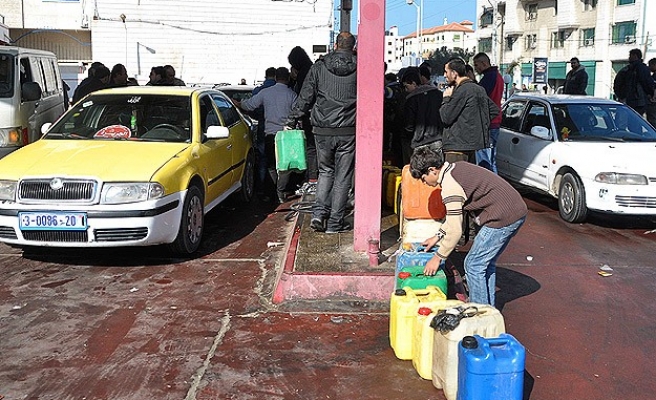 In a statement, the PA said that the power plant continued to function with the help of Qatar's fuel-tax payment scheme, but that the arrangement was about to come to an end.

The Gaza energy authority has called on the PA to cancel the taxes it imposed on Gaza's fuel imports so that the Gaza government might be able to buy fuel for the power plant.

Cut off from the rest of the world by a years-long Israeli embargo, Gaza is forced to purchase fuel for its power plant from Israel through the PA.

The West Bank government, however, demands that Hamas – which since 2007 has governed the coastal territory – pay taxes of up to 40 percent of the price of the fuel, further eroding Gaza's dwindling coffers.

Gaza's power plant stopped working for a 50-day stretch late last year due to a tax dispute with the PA, throwing the strip's almost two million residents into darkness.

To resolve the dispute, Qatar paid the PA some $10 million in taxes on the fuel needed to run the plant, which resumed operations in mid-December.

Qatar's $10 million payment, however, is about to run out, prompting fears among energy authority officials – and the wider Gaza population – of another sustained blackout.

Gaza's power plant needs around 750,000 liters of diesel fuel every day to work at full capacity.

The strip receives 120 megawatts of electricity from Israel daily, purchasing a further 28 megawatts each day from Egypt.