Gazprom would do a preliminary front-end engineering and design (pre-FEED) study on expanding the plant, on the Pacific island of Sakhalin, from 10 million tonnes of super-cooled liquefied natural gas per year to 15 million. 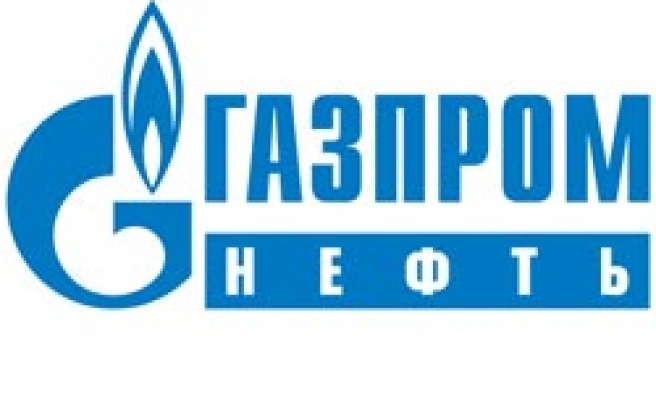 Gazprom said it had agreed to a feasibility study to expand Russia's only liquefied natural gas plant, a victory for its partner Royal Dutch Shell, which has urged the state-run gas monopoly to seize a market opportunity in the Pacific.

Chief Executive Alexei Miller told a news conference on Friday that Gazprom would do a preliminary front-end engineering and design (pre-FEED) study on expanding the plant, on the Pacific island of Sakhalin, from 10 million tonnes of super-cooled liquefied natural gas per year to 15 million.

Miller said it would be finished by the end of the year. He also said Gazprom was no longer considering a pipeline to Tokyo, which in theory could have siphoned gas away from an expanded Sakhalin-2, and would consider only LNG sales to Japan.

Executives from the Anglo-Dutch major have argued that Sakhalin was best positioned to increase supply to Japan after the Fukushima nu clear di saster, while the battle for market share in Asia would grow fiercer with time.

The project currently sells much of its output to Japan and ramped up volumes to meet additional Japanese demand when nuclear capacity was shut down after Fukushima.

Australia alone is planning nearly 60 million tonnes of new capacity between now and 2017, with plans for another 13 million tonnes due to be finalised this year.

If Shell takes a stake in the troubled Shtokman project in the Barents Sea in the Arctic, s houldering some risks in an scheme w hose costs are so high as to make it almost certainly unprofitable, it could ease a longstanding headache for Gazprom.

Gazprom's head of export acknowledged there were talks with Shell on Shtokman b ut said they were not linked to progress on Sakhalin-2.

"They are not connected," Alexander Medvedev told reporters after the company's annual meeting in Moscow. The Kremlin is unwilling to permit failure of the flagship project to develop the giant Shtokman field, which holds more gas than the entire Norwegian continental shelf under the floor of the Barents Sea, but the sheer expense of the project has threatened its future.

Liquefied natural gas has become a political priority for Russia, the world's largest conventional gas producer, which has remained dependent on pipelines to deliver its gas to Europe, its main export market and source of revenue, while rivals such as Norway and Qatar have pressed ahead with seaborne LNG.

Earlier this year Russian president Vladimir Putin ordered the giant gas company to push ahead with an LNG strategy. Russian companies have a total of up to 60 million tonnes of new LNG capacity on the drawing board.

Miller told a news conference he did not rule out a third partner for the Shtokman consortium and said a new framework agreement among the partners could be signed next week to replace the one due to expire on Sunday.

Sources have said Gazprom would lose marketing rights to Shtokman gas under the new agreement. Miller said that was untrue and Gazprom, the state export monopoly, would have full marketing rights.

He said Shtokman would be developed before Yamal LNG, independent gas producer Novatek's rival project to produce the liquid fuel from an field on the Arctic Yamal peninsula. Total is also a partner in Yamal LNG.