Geithner, who met with European policymakers on Monday during a trip to Europe. 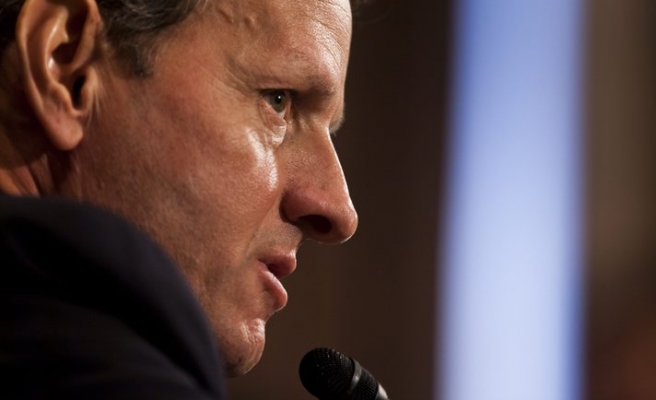 U.S. Treasury Secretary Timothy Geithner said on Tuesday thatEurope needs be more forceful and creative in fighting its debt crisis to keep it from blighting the region's economy.

Geithner, who met with European policymakers on Monday during a trip to Europe, said Europe is committed to resolving its crisis and has the tools to do so.

But he cautioned that it will "take a long time" for broader economic and financial reforms to work.

"While they are doing that, they have to be more forceful and more creative and more effective in calming the financial pressures that are doing so much damage to growth," Geithner told the Los Angeles World Affairs Council.

Euro-zone leaders have spent the past week issuing statements promising to take whatever steps are necessary to end the crisis.

Mario Draghi, head of the European Central Bank, said last Thursday that the ECB would do whatever it could within its mandate to rescue the currency. That raised expectations he will deliver forceful new steps this week to lower Spanish and Italian borrowing costs.

But market sentiment has since soured, showing that investors doubt whether he can deliver.

Geithner said not acting more forcefully could lead to failure.

"If you leave the continent of Europe living on the edge of fear of collapse, then none of these reforms will work," Geithner said.