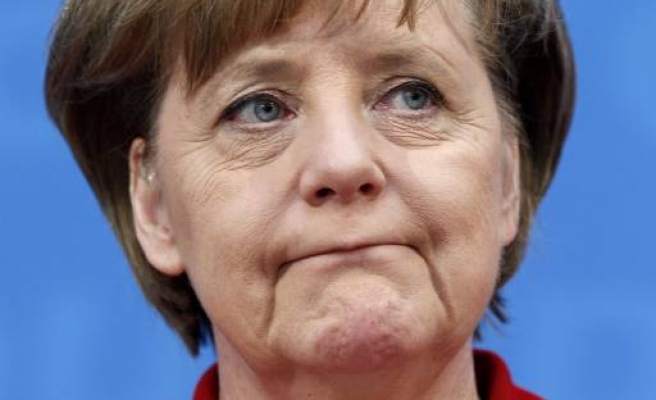 German growth slowed to its weakest quarterly rate since 2009 between April and June, data showed, fuelling concerns a worsening outlook in the euro zone and beyond will hobble the region's powerhouse economy.

With French figures last week showing its economy stagnated in the second quarter, the far worse than expected German numbers make a 0.3 percent forecast for euro zone growth, due at 0900 GMT, look optimistic.

"This is a serious disappointment," said Joerg Lueschow from West LB. "Germany, too, cannot evade the global slowdown... This does not provide any positive signs for euro zone GDP. We cannot expect more than stagnation now."

The euro and European shares fell and safe-haven Bunds rose after the German figures, which heap further pressure on German Chancellor Angela Merkel and French President Nicolas Sarkozy to come up with fresh plans for tackling the euro zone debt crisis when they meet in Paris later on Tuesday.

"While German politicians are racking their brains on the pros and cons of common euro bonds, the luxury of having a (domestic) economy running at 'wonder' speed is fading away," said ING economist Carsten Brzeski.

Export-geared Germany, Europe's largest economy, has been a star performer in the industrialised world since the end of the 2008 financial crisis, and a sharp slowdown there would have repercussions throughout the euro zone.

Tuesday's headline reading, which compared to a Reuters consensus forecast for 0.5 percent, was the weakest since the first quarter of 2009, when Germany was still emerging from its worst recession since World War II.

Growth was also revised down to 1.3 percent from 1.5 percent for the first three months of the year, leading some economists to rethink other forecasts.

They see momentum in international trade slowing in the months ahead, which could lead to progressively slower growth for Germany, suggesting forecasts for full-year growth of over 3 percent are on the optimistic side.

Germany's forward-looking indicators have also been downbeat of late, as the dramatic escalation in debt crises in Europe and the United States stokes fears of the rich world sliding back into recession.

German business sentiment for example fell to a nine-month low in July, a key survey by the Ifo economics institute showed, while investor sentiment fell to its lowest in 2-1/2 years.

Germany's foreign trade association has also raised concerns about what effects a possible U.S. recession could bring, saying it could have dramatic consequences for Germany given its impact on emerging market trade partners.

"Supported by resilient domestic demand, Germany should then fare better during the current growth pause than other countries," said Christian Schulz from Berenberg. "If the U.S. were to fall into recession and with it other countries, the large, open German economy would be hit harder."

Some believe Germany could start to feel the weight of the global slowdown by year-end, once the current pile of orders, boosted in June by big-ticket sales of capital goods abroad, has been worked off.

Pinning its hopes on robust demand for German cars in the coming months, the firm said it saw increased uncertainty in U.S. markets along with its rivals has warned that downside risks there have increased.

Economists also say fears Germany will have to fund further euro zone bailouts and the global outlook were depressing already fragile consumer sentiment, which had been supporting an expansion in domestic consumption.