Policymakers are warning of a looming shortage of skills that the Cologne-based IW institute has estimated is already costing 22 billion euros ($27 billion) a year. 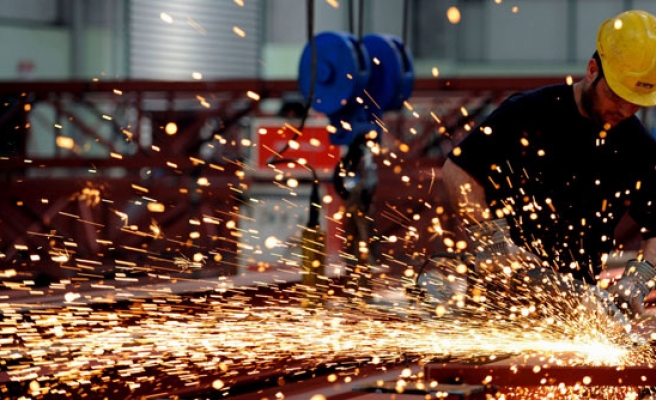 German bathroom fittings maker Hansgrohe is a successful firm with a track record of global exports and an attractive profit-sharing scheme. But it's struggling to hire highly-qualified engineers - and many more "Mittelstand" companies are too.

The raft of firms named after their small-to-medium size kept Germany afloat throughout a global economic downturn and still have healthy order books. But now they must brace for a blow to their business from a demographic time bomb.

The working-age population of Germany - Europe's biggest economy - is expected to shrink by 6.3 million by 2030 as the country's overall population dwindles from 82 million to 65-70 million by 2060.

Policymakers are warning of a looming shortage of skills that the Cologne-based IW institute has estimated is already costing 22 billion euros ($27 billion) a year.

There is a particular deficit of workers with adequate qualifications in maths, computing, science and technology. And there is little slack in the form of unemployed people or part-timers willing to work more: Unemployment is at a record low 6.6 percent and the underutilised labour rate of 9.3 percent is the lowest in the euro zone, according to Eurostat.

For now, German multinationals can compensate by luring talent from abroad and adjusting working conditions to retain older staff. But the millions of "Mittelstand" companies who employ six out of 10 German workers and often have their headquarters in rural settings are finding it hard to compete.

"Twenty years ago, an employee had to apply to a company, but today I have to compete for potential staff and show them what I can offer," said Hansgrohe's human resources chief Thomas Egenter.

At its headquarters in the quiet Black Forest town of Schiltach the firm - owned by U.S. company Masco and a branch of the Grohe family - offers perks like childcare, a share in profits and free transport to work from towns around the region.

"You have to turn a lot of screws to be able to deal with this demographic change," Egenter said. "We're not waiting until it becomes a problem."

The population shift will be a major problem by 2060, when there will only be 1.3 workers per retiree, against 2.3 now.

Meanwhile, the country's birth rate is the lowest in Europe.

"The political response to the demographic challenge will... be decisive in determining whether the German economy can retain its leading position in many areas," Jens Weidmann, president of the Bundesbank (central bank), said recently.

But politicians can't openly urge Germans to increase the birth rate - it's taboo because of sensitivity about the Nazis' "Mutterkreuz" medal for women who had four babies or more.

Instead, Angela Merkel, Germany's conservative chancellor since 2005, has offered benefits for parents and stay-at-home mothers - which critics say keeps more women out of the workforce - and increased kindergarten places.

To offset the burden on the pension system of an ageing populace, Merkel also introduced a phased increase in the retirement age to 67 in her first term - but then brought it back down to 63 for some workers, under pressure from her centre-left coalition partners.

Car maker BMW is retaining more workers aged 50 or over - it expects them to make up more than 35 percent of its workforce by 2020, from 25 percent at present - and says they are "at least as productive" as younger workers. It has also introduced practices in consideration of their health: Wooden floors soften the impact on workers' knees and staff rotate jobs during shifts to avoid too many repetitive movements.

SAP, the biggest software player in Europe, is hiring people with autism from around the world, believing that their unique talents can give it a competitive edge.

And chemical giant BASF plans to hire its second round of trainees in Tarragona, Spain.

But Germany's population problem will still have to be confronted, says SAP board member Stefan Ries.

"It is indisputable that this problem lies ahead," said Ries. "We see it with our industrial customers, in our ecosystem. You see it much more clearly in the Mittelstand."

Keeping the working-age population steady would need annual net immigration of at least 300,000 until 2050, Stephan Sievert of the Berlin Institute for Population and Development said. It was 460,000 last year and could hit 500,000 this year, he said.

Like much of Europe, Germany is debating tougher controls on immigration, though even the right-wing Alternative for Germany (AfD), poaching votes from Merkel, values qualified immigrants.

However, initiatives like a "Blue Card" scheme for highly-skilled workers and academics have a limited impact: only 18,000 have been granted since its introduction in 2012 and most of the recipients were already living or studying in Germany.

Back in the Black Forest, Hansgrohe hired a young man from Portugal last year and offered his fiancee a trainee engineer post too. But settling them in and helping with red tape was a "massive effort" for the firm.