The meetings, which begin on Wednesday, are a semiannual event for the International Monetary Fund and the World Bank. 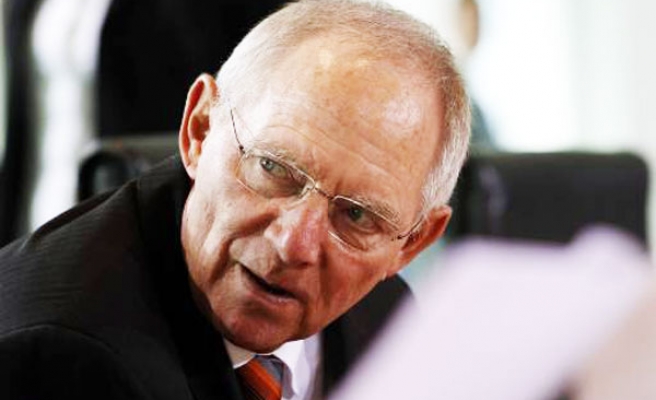 Germany will stress the importance of consolidating public finances at meetings in Washington this week with finance ministers and central bankers from around the globe, a government official said on Tuesday in Berlin.

The United States earlier this month urged Europe's "strongest economies" to do more to prop up economic growth and the comments underline the divide with Germany on how governments balance stimulus and budget austerity drives.

"It is important that industrialised countries underscore their credibility in budgetary policy, and that means they must keep the pledges they made at the G20 Toronto summit -- the halving of public deficits by 2013 and the stabilisation of debt levels by 2016," the official said.

"Therefore the German finance minister will make it very clear in Washington that we are absolutely sticking to our path of consolidation where it comes to public finances -- we want to and we must," the official added, declining to be named.

The meetings, which begin on Wednesday, are a semiannual event for the International Monetary Fund and the World Bank, and will also see ministers meeting from the Group of 20 major industrialized and emerging market nations, the G20.

Germany's Finance Minister Wolfgang Schaeuble, who is adamant about the need for a financial transaction tax that is unlikely to receive support internationally, will also underline the need to push through financial market reforms.

"An important message (of his) will be that the enduring financial crisis and growing insecurity in the markets show it would be wrong to relax efforts toward efficient financial market regulation," the official said.

The shadow banking sector was a particular area of concern, he added.

Turning to efforts to reform the world's currency system, the official said that progress is being made but that conclusions should not be expected from this week's meetings.

Some of the main targets for emerging countries under discussion at the G20 level include strengthening domestic bond markets and setting up a system to help manage international capital flows.

Another area of focus are efforts to expand the basket of currencies that makes up so-called Special Drawing Rights (SDR), the International Monetary Fund's unit of account, to include China's renminbi currency.

"It's actually a strategic theme, because integration in such a basket requires a currency to be internationalised," the official said, referring to the plan to involve the world's second biggest economy more in global economic governance.

Advanced economies have set the condition that the renminbi has to be convertible to join and China has no timetable for announcing such full convertibility.

However, a document obtained by Reuters on Monday showed the EU may be softening its tone, as it stated currencies that would join the basket would have to fulfil "substantial" rather than full convertibility standards.

"We are working on establishing by which criteria a currency could be considered freely usable," the German official said. "It's a first question on the way towards a multi-polar currency system."