The discoveries tend to be somewhat smaller, more complex, more remote, so it is very difficult to see a reversal of that trend, the exploration chief of Statoil said. 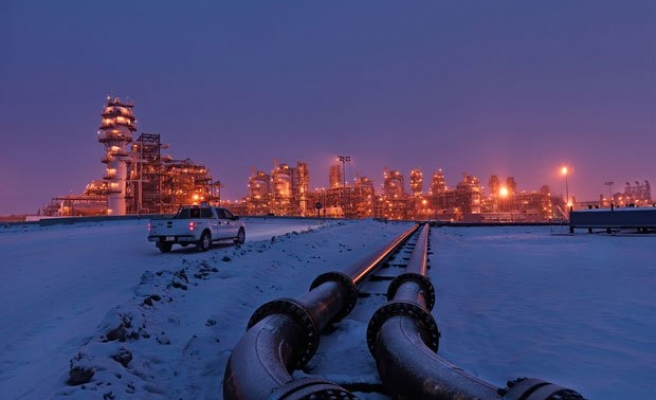 Global oil firms, hit by one of the worst years for discovery in two decades, are about to cut exploration spending, pulling back from frontier areas and jeopardising their future reserves, industry insiders say.

Notable exploration failures in high-profile places such as Africa's west coast, from Angola all the way up to Sierra Leone, have pushed down valuations for exploration-focused firms and are now forcing oil majors to change tack.

"The discoveries tend to be somewhat smaller, more complex, more remote, so it is very difficult to see a reversal of that trend," Dodson told Reuters. "The industry at large will probably struggle going forward with reserve replacement."

Although final numbers are not yet available, Dodson said 2013 may have been the industry's worst year for oil exploration since 1995.

As a result, exploration will probably be cut, especially in the newest areas, said Lysle Brinker, the director of energy equity research at consultancy firm IHS.

"They'll be scaling back on some exploration, like the Arctic or the deepest waters with limited infrastructure ... So places like the Gulf of Mexico and Brazil will continue to see a lot of activity, but frontier regions will see some scaling back," he said.

Oil majors, which have a large resource base to maintain, are suffering the most, as the world is running out of very large conventional oil fields, and access to acreage, particularly in the Middle East, is limited.

That is leaving them with an increasing number of gas projects.

"When you look at the mix of oil and gas of the majors, it is definitely moving towards gas - simply because they can't access conventional oil, which ultimately I believe will have an impact on oil prices," said Ashley Heppenstall, the CEO of Sweden's Lundin Petroleum, which co-discovered Johan Sverdrup, the biggest North Sea oil field in decades.

PRICES DOWN THEN UP

Before oil prices rise from a lack of exploration, they are first expected to fall, squeezing margins and forcing further investment cutbacks.

The International Energy Agency sees oil prices down at $102 per barrel next year from the current $108 as several producers ramp up output.

"Oil prices need to remain at elevated levels because there is a risk that a fall in oil prices or a cutback in investments by companies will mean that production growth slows," said Virendra Chauhan, an oil analyst at consultancy Energy Aspects.

Although world oil reserves increased by 1 percent in 2012, they equalled just 52.9 years of global consumption, down from 54.2 in 2011, energy firm BP has said previously. BP sees consumption up by 19 million barrels a day by 2035, which would represent a 21 percent increase on th U.S. Energy Information Administration's (EIA) estimate for 2011.

Energy firms have already been shifting capital from conventional to shale production, and this trend could continue as the exploration risk is smaller, the lag from investment to cash-flow is shorter, and project sizes are more manageable.

This is weighing negatively on the shares of exploration-focused companies.

"Explorer stocks are trading at discovery value or a discount to it, so from an equity market perspective, there's no interest in owning exploration stories. People are losing faith in exploration," said Anish Kapadia, a research analyst at consultancy Tudor, Pickering, Holt & Co. International.

Shares in Europe's explorers fell 20 percent over the past year, underperforming a 2-percent rise by the European oil index .

Tullow is down 39 percent in a year, while peers Cairn and Cobalt are down 33 percent, and OGX is down 92 percent.

The spending cutback also cut mergers and acquisitions activity by half last year, IHS data showed, and plans to boost shareholder returns could shift focus to cooperation rather than fully fledged takeovers.

Insiders believe the cuts may not be reversed until capital tied up in projects like Chevron's $54 billion Gorgon LNG or Conoco's $25 billion Australia Pacific LNG start producing cash flow and return.

"There will be less investor pressure, then companies can get activity back up, so this may be a pause of a couple of years where companies scale back," Brinker said.