Wall Street marked a fourth week of losses, pulled lower by a 20 percent plunge in Hewlett-Packard after the Silicon Valley icon unveiled a dismal outlook. 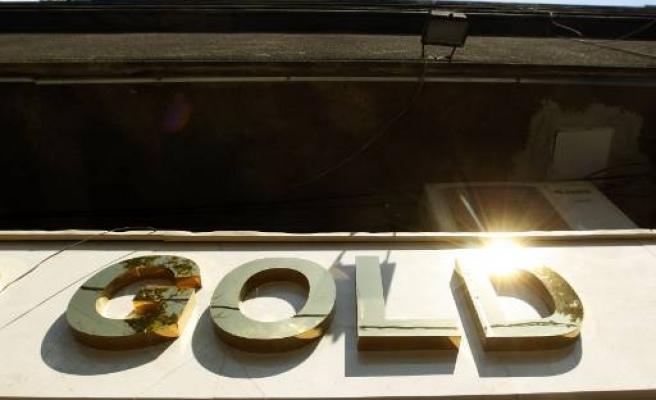 Equity markets slid anew and gold set a second-straight record high on Friday as fears of a possible U.S. slide into recession and concerns related to Europe's debt crisis kept investors on edge.

Wall Street marked a fourth week of losses, pulled lower by a 20 percent plunge in Hewlett-Packard, its worst day since the 1987 market crash, after the Silicon Valley icon unveiled a dismal outlook and a difficult corporate shake-up.

The benchmark S&P 500 index has shed 13.1 percent so far in August and is on track for its worst month since October 2008, when the financial crisis and deep recession mauled markets.

The day's activity seemed mild when compared with Thursday, when the yield on 10-year U.S. government bonds plummeted below 2 percent for the first time since at least 1950 on fears the U.S. economy was careening toward a new recession.

Those fears appear valid. Bill Gross, manager of the world's largest bond fund at PIMCO, told Reuters Insider that the week's rally in Treasury yields signaled "not only a potential for a recession but the almost high probability of recession."

Investors halted a rush into bonds but kept pouring into gold, which posted its biggest one-week gain in 2-1/2 years and remains on track for its biggest one-month rise in nearly 12 years in August. Bullion is up 30 percent so far this year.

While rising commodity prices sapped some safe-haven buying of gold, it has gained 6 percent over the past five days.

"Right now, gold is inversely correlated with fear and nothing else. When stocks are down, gold's up," said Frank McGhee, head precious metals trader at Integrated Brokerage Services LLC.

Spot gold shot to a record $1,877 an ounce on volume that was the week's highest but below last week's pace.

Commodity prices rebounded after the U.S. dollar plumbed a record low against the yen on speculation Japanese authorities will not intervene too much to halt the yen's surge.

Currency traders were emboldened by a Wall Street Journal report citing Japan's top currency official as saying Japanese authorities do not plan to intervene in the market often.

The dollar's slump turned commodity markets, where crude oil prices rose about 2 percent at one point. ICE Brent October crude closed up $1.63 at $108.62 a barrel. U.S. crude oil settled down 12 cents at $82.26 per barrel.

U.S. stocks at first see-sawed but turned lower by midday as European stocks closed down on recession fears and skittishness about regional bank funding in Europe.

"What I'm seeing right now is basically a crisis of confidence, more-so than an economic crisis or financial crisis necessarily at this stage," said Natalie Trunow, chief investment officer of equities at Calvert Investment Management in Bethesda, Maryland, which manages about $14.8 billion.

U.S. Treasury yields inched up from a low of 1.97 percent on Thursday as some investors took profits.

Yields have dropped about 73 basis points on the 10-year note in August as disappointing economic data, the Federal Reserve's low interest rate policy and jitters over rising bank funding costs have driven investors to safe-haven bonds.

Investors are awaiting Federal Reserve Chairman Ben Bernanke's speech on Aug. 26 in Jackson Hole, Wyoming, for hints on how policymakers plan to address the weakness in the economy.