GM officials said that the number of fatalities related to the part defect may rise but added that Kenneth Feinberg, who is looking into victim compensation, will determine that number. 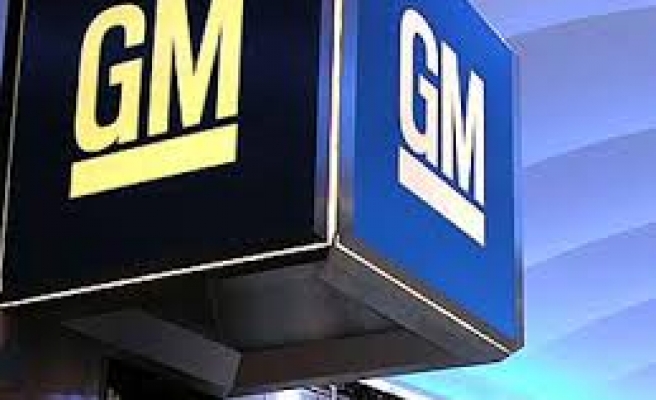 General Motors Co suffered from "incompetence and neglect" in dealing with an ignition-switch defect in vehicles linked to at least 13 deaths, CEO Mary Barra said on Thursday, but she offered no specifics on how the problem was allowed to fester for more than 11 years.

As the largest U.S. automaker began unveiling the results of an internal investigation, Barra said 15 employees found to have "acted inappropriately" have been fired. She did not name individuals, but said more than half of them had been in senior or executive roles.

Barra, who has served as CEO for about five months, said disciplinary action was taken against five others.

As expected, Barra also confirmed that GM will soon begin compensating victims of crashes linked to the faulty ignition switches that have plagued the company for over a decade.

GM officials said that the number of fatalities related to the part defect may rise but added that Kenneth Feinberg, who is looking into victim compensation, will determine that number.

Reuters reported on Monday that at least 74 people have died in crashes similar to those GM has linked to the faulty switches, based on an analysis of government data.

Central to the GM investigation, as well as probes by the U.S. Congress, Department of Justice and other federal and state agencies, is why the automaker did not announce vehicle recalls to fix the problem until this past February.

The move to spare top executives from blame drew some sharp criticism.

"How do you truly fix a culture of carelessness and cover-up without cutting the head off the snake?" said Robert Hilliard, a lawyer for a plaintiff in a lawsuit against GM related to the ignition-switch defect.

Speaking at the company's technical center in Warren, Michigan, Barra received a standing ovation from an estimated crowd of more than 1,000 employees. She emphasized that GM already has taken steps to beef up its internal safety operations.

The defective ignition switches were in older, inexpensive GM models such as the Saturn Ion and Chevrolet Cobalt.

The switches, which are cheap to fix, can unexpectedly turn from the "on" position to the "accessory" position, causing engines to stall, air bags to fail during crashes and power steering and brakes to malfunction.

GM has recalled 2.6 million cars because of the problem. This recall, coupled with others announced by GM this year, is costing the company about $1.7 billion so far.

Despite all the negative publicity in recent months, GM sales have been robust.

The Detroit automaker reported this week that U.S. sales in May were up 13 percent compared with a year ago, making for the best total sales since August 2008.

While Barra noted a pattern of "incompetence and neglect" that she blamed on individuals who failed to "disclose critical pieces of information," she added that there was "no conspiracy by the corporation to cover up facts."

Furthermore, Barra said the internal investigation "found no evidence that any employee made a trade-off between safety and cost" in failing to deal with the safety problem.

The full report was made public on Thursday.

With the submission of GM's internal investigation, Congress is expected to announce a new round of hearings soon. Further details on a compensation fund for victims and their families are expected by early August.

U.S. Representative Fred Upton, who chairs the House of Representatives' Energy and Commerce Committee, said the findings of GM's investigation, which is more than 300 pages, are "deeply disturbing."

Upton, of Michigan, added that his committee will continue its investigation with an eye on "what legislative remedies may be necessary."

In contrast to Barra's remarks on Thursday, lawmakers at an April hearing conducted by a Senate panel accused GM of "criminal" behavior and "a culture of cover-up."

Barra began her remarks with a message to victims' families.

She gave her "deepest sympathies to the families that lost loved ones and to those who were injured. I realize there are no words of mine that can ease their grief or their pain."

Her remarks were broadcast to GM's 220,000 workers globally.

A source told Reuters that the internal report concluded that Barra, executives who reported directly to her, the board of directors and former CEO Dan Akerson did not know about the defective switches before December.

It also found that GM's general counsel, Michael Millikin, was not responsible for the mishandling of defects and the recall delay, the source said. Millikin, who led the internal probe with former U.S. prosecutor Anton Valukas, is still employed by GM, Barra said.

On May 16, GM was slapped with a $35 million fine for its delayed response to the defect, which is the maximum that can be imposed by the U.S. Department of Transportation.

Also, the National Highway Traffic Safety Administration has been leveling a $7,000-per-day fine on GM for missing an April 3 deadline for fully responding to the agency's request for information about the ignition switch problem.

These fines could be dwarfed, however, by potential actions the Justice Department could take. Earlier this year, Toyota Motor Corp was fined $1.2 billion for concealing problems related to sudden acceleration of some of its vehicles.