Gold fell more than two percent at one point to $1,142.90 per ounce, its lowest level in more than three weeks. Oil prices hit five-year lows, unable to find a bottom despite their biggest fall in 2 1/2 years last week 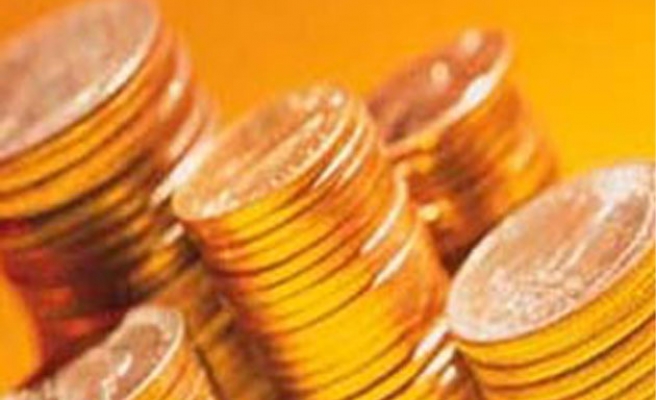 Gold prices tumbled on Monday after Swiss voters overwhelmingly rejected proposals to boost gold reserves in a referendum, joining a broad rout in commodities that sent copper and oil prices to four- and five-year lows.

The slide in the oil and commodity prices is hurting many assets tied to the resource sector - from Australian mining shares to the Malaysian ringgit.

U.S. stock futures also slipped 0.4 percent, though some market players think the fall could stem partly from disappointing sales at the start of the U.S. holiday shopping season last Friday.

Gold fell more than two percent at one point to $1,142.90 per ounce, its lowest level in more than three weeks, while silver was also hit, falling more than six percent to a five-year low below $14.50 per ounce.

The Swiss gold reserves proposal, had it been approved, would have compelled the Swiss National Bank (SNB) to more than double its gold reserves and banned it from ever selling the metal, threatening its ability to defend a 1.20 euro cap on the Swiss franc imposed at the height of the euro zone crisis.

The Swiss franc dipped to 1.2042 on the euro from 1.2018 at the end of last week, though the Swiss currency is supported by investors who still regard it as one of the safest currencies in the world. It last stood at 1.2040.

"The result should of course temporarily relieve the pressure on the SNB's currency floor, albeit whilst doing little or nothing in our opinion to reverse the fundamental downward trajectory of EUR/CHF," said JPMorgan analyst Paul Meggyesi.

Oil prices hit five-year lows, unable to find a bottom despite their biggest fall in 2 1/2 years last week after OPEC held back from cutting output in the face of a supply glut.

"They (OPEC) can get by at $60 a barrel, but that price would knock out a fair whack of the competition - much of U.S. shale oil for example - as well as put investment in future capacity growth firmly on the back-burner," ANZ analysts said in a note. "They're playing the long game, banking that others can't."

The Australian dollar fell more than one percent to a four-year low of $0.8417 as did the Malaysian ringgit, which fell to 3.437 to the dollar.

Sliding oil and raw material prices have stirred deflation fears in the euro zone and Japan, cementing expectations that the European Central Bank and the Bank of Japan will take more steps to support their respective economies.

The dollar, taking advantage of such concerns, attracted bids against the euro and yen.

The euro was slightly weaker at $1.2449 after having fallen on Friday on news that annual inflation in the euro zone cooled to a five-year low of 0.3 percent in November.

Many traders expect the ECB may signal further action later this week to ward off deflation.

The dollar also hit a seven-year high of 119.03 yen and the dollar index, which measures the greenback against a basket of major currencies, rose to 88.451, a four-year high.

"Given that the Fed is going to raise rates next year, the monetary policy divergence should support the dollar," said Osao Iizuka, the head of FX trading at Sumitomo Mitsui Trust Bank.