﻿China and Greece have signed business deals worth about $5 billion during Chinese Premier Li Keqiang's visit. 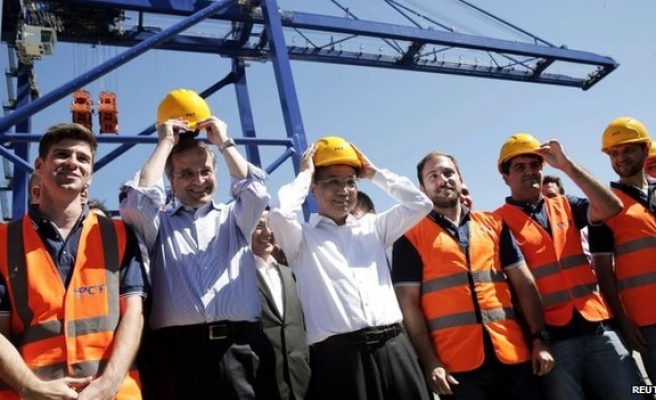 Deals between China and Greece have been signed covering areas including exports and shipbuilding. China also showed an interest in buying railways and building an airport in Crete.

As Greece is keen to attract foreign investment to reduce its national debt and high unemployment rate, China is eager to take a majority stake in the Piraeus port. A Chinese company already runs two piers at the port.

"China attaches great importance to Greece's unique geographic advantage of being a gateway to Europe," the two countries said earlier in a joint statement.

Greek Prime Minister Antonis Samaras said China was interested in Greece's airports, and he hoped the country could "become a transit hub for air transport".

Mr Li described the port of Piraeus as "a pearl in the Mediterranean Sea" and said it could become "one of the most competitive ports of the world".

It also wants to seal a deal to invest $310 million in expanding the port, but it requires the European Union’s approval.