Greece will now get a second aid tranche of a EU and IMF bailout as it has met the conditions set in an austerity plan, finance minister was quoted as saying. 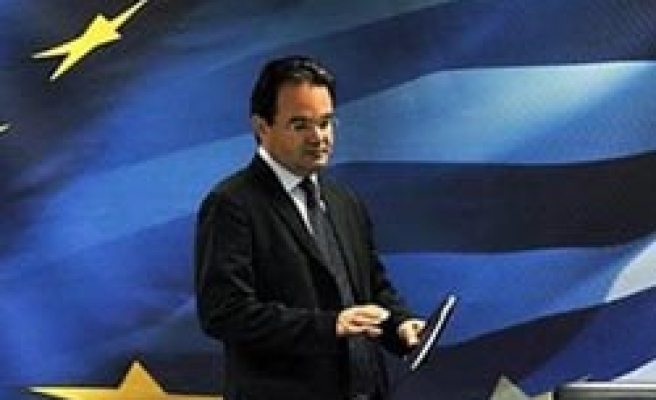 Greece will now get a second aid tranche of a European Union and International Monetary Fund bailout as it has met the conditions set in an austerity plan, its finance minister was quoted as saying on Saturday.

EU, IMF and European Central Bank officials will be in Athens on Monday to check whether Greece is implementing its 110 billion euro ($141.6 billion) programme to secure another 9 billion euros in aid. Greece received a first payment of 20 billion euros from its euro zone partners and the IMF in May.

"The disbursement of the second tranche depends on whether we meet the targets we have been set to meet by June 30," Finance Minister George Papaconstantinou said in an interview with the weekly Kosmos tou Ependyti newspaper.

"These conditions have been met and we have taken a further step by passing the pension reform bill."

The EU, ECB and IMF mission gave the debt-laden country good marks at the end of June, saying it seemed on track with the plan to cut public expenditure, boost revenues and make structural reforms.

But they pointed to some trouble spots, including hospital spending and social security overruns.

The Minister also reiterated his call on Greek banks to join forces in order to be able to pour liquidity into the market and help boost the country's economy.

"Any decisions that lead to bigger groups with high capital adequacy, international expansion and scale economies will help towards this direction," Papaconstantinou said.

Earlier this month Greece's fourth-largest lender, Piraeus Bank, offered to buy the state's controlling stakes in Hellenic Postbank (TT) and ATEbank, setting the stage for mergers in the sector.

Papaconstantinou said the government would not make up its mind on the bid until its advisers finished their evaluation.

Bank stress test results published on Friday showed ATEbank and another six European lenders failed and were ordered to raise their capital by 3.5 billion euros, much less than expected, confirming fears the the continent's long-awaited stress test was too soft.