Greece will not 'rock the boat' with Turkey: experts

Athens' preoccupation with economic problems will not see any radical steps regarding Turkey, a panel of experts in Istanbul has claimed. 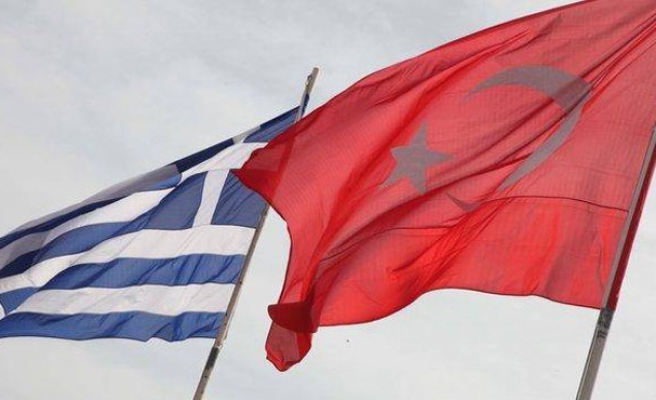 The new government in Athens will not "rock the boat" when it comes to Turkey and the Cyprus issue, according to Greece analysts speaking in Istanbul on Wednesday.

As Greece’s newly-elected charismatic prime minister visits Germany and Brussels for in-depth talks, a panel of Greek experts speaking at Kadir Has University today believed there will not be a major change in the country’s foreign policy so long as Athens remains preoccupied with the economy.

It has been just over a week since Greek leader Alexis Tsipras was sworn in at parliament.

He made his first foreign visit to Cyprus -- in keeping with most Greek leaders -- but with one difference: he also met Turkish Cypriots.

"I don't think a positive step should be expected from a government that has such a heavy agenda," says assistant professor of history at Istanbul’s Bogazici University, Vangelis Kechriotis.

Kechriotis adds: "The Turkish public should realize that there are narratives which are necessary for any politician who has recently come to power to keep a certain consensus domestically."

Recalling Tsipras’ remarks in Cyprus on Monday, where he reiterated the Greek position on a bi-zonal, bi-communal federation in eastern Mediterranean island, Kechriotis said: "Media should not jump on every sentence. He was quoted as saying that ‘the Aegean Sea belongs to its fish,’ which is a first -- no other prime minister would have said this before."

In 1996, Turkey and Greece came to the brink of war over two uninhabited islets in the eastern Aegean Sea.

Three years later, they were cooperating with each other in the aftermath of an August 1999 earthquake which hit Turkey, but which seemingly drastically improved bilateral relations.

However, the new leftist government’s defense minister’s first action days after he took office was to lay flowers on the disputed islets.

According to associate professor on international relations from Kadir Has University, Dimitrios Triantaphyllou, there are two people in the new government he describes as "problematic."

"One is the minister of defense who is a hardliner," he claims. "The other is the foreign minister who is also a bit nationalistic in some of the things he said."

"I don't think Tsipras said anything different -- in Cyprus -- than what the previous governments have said," he says.

Pointing to Greece’s economic problems, Triantaphyllou says: "These are not normal times for Greece and Greece has been marginalized in Europe."

Kostas Ifandis, an international relations expert at Bogazici University also believes there "will be no notable change in Greek-Turkish relations."

"Foreign policy was not a topic in the election campaign," Ifandis says.

"I don't think there will be a major change in Greece’s foreign policy and this is because the priorities are different now."