The measure was passed by parliament with all 154 of the ruling Socialist PASOK party's deputies voting in favour of the tax in the 300-seat house. 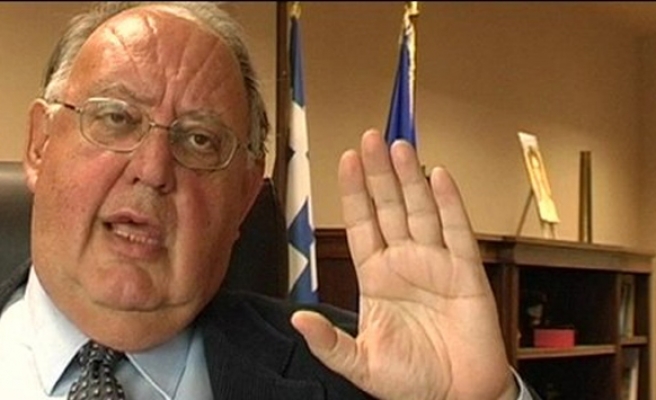 A deputy prime minister sought to empathise with Greeks facing an unpopular property tax passed by parliament as part of austerity measures, saying on Wednesday he personally did not have the cash to pay and would have to sell real estate.

Police late on Tuesday fired teargas to disperse protesters who whistled and jeered in front of parliament in central Athens as lawmakers approved the tax which is part of a package to secure aid in Greece's debt crisis.

"I've already paid 10,000 euros in real estate tax and will pay another 7,500 euros," Theodore Pangalos, one of two deputy prime ministers, told Mega TV, adding: "Because I don't have 17,500 euros, I will have to sell one of the properties."

Based on his wealth and income declaration in 2010, mandatory for members of parliament, Pangalos had income of more than 640,000 euros ($870,000) and property holdings that include three apartments in Athens, another five elsewhere and 11 land plots.

But the deputy prime minister was low on deposits with just over 17,000 euros in the bank.

The average annual income in Greece is about 20,000 euros.

"I have real estate property which was inherited. Personally, I never bought anything," Pangalos said. "I am trying to find a buyer, what else can I do."

He said: "All this property is real estate, much of which is not in use, closed, they are not rented. It is property that I have neglected."

Asked what would happen if he did not find a buyer, Pangalos joked: "Don't know, maybe (finance minister Evangelos) Venizelos will arrest me and put me behind bars."

After falling behind targets set by its international lenders, Athens imposed the unpopular new levy on property, hoping to raise about 2 billion euros annually after its euro zone partners threatened to halt emergency funding.

The measure was passed by parliament on Tuesday with all 154 of the ruling Socialist PASOK party's deputies voting in favour of the tax in the 300-seat house.

Another move to correct fiscal slippage, the tax of about 4 euros per square metre on average adds to the burden on Greek households, already buckling under the weight of salary and pension cuts and higher taxes on everything from cars to ouzo.

Greece has one of the highest home ownership rates in western Europe -- 80.1 percent versus 70.4 percent in the European Union as a whole, according to European Mortgage Federation data. ($1 = 0.733 Euros)