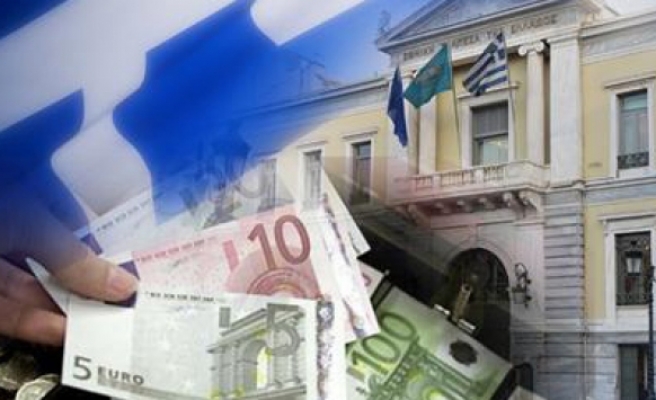 Greece's jobless rate climbed to a new record in May, underlining how austerity prescribed to slash deficits and keep bailout funds flowing is hitting the economy on which recovery depends.

Latest data on Thursday showed the jobless rate climbed to 23.1 percent, with nearly 55 percent of those aged 15-24 out of work, a desperate situation that fed into the popularity of anti-bailout parties inGreek elections this year.

The gloomy data coincided with news that the government plans to revive a labour reserve measure targeting 40,000 public servants for eventual dismissal, in a drive to achieve 11.5 billion euros in savings promised to international lenders.

Unemployment in Greece is already more than twice the average rate in the 17 countries sharing the euro and nearly as bad as in Spain where the jobless rate registered 24.6 percent in the second quarter.

Greece's statistics service reported that unemployment climbed to 23.1 percent in May from 22.6 percent in April.

"My unemployment benefit runs out in a few months, I hope the government keeps its promise to extend it by another 12 months," said Eva Grigoriou, 42, who lost her job in retail trade as the recession led to cutbacks.

"I don't see light at the end of the tunnel with more austerity ahead. Recovery is being pushed back every year," she said.

The sharp labour market deterioration, coupled with cuts in pay and pensions and a bleak economic outlook, have fuelled anger against the pro-bailout mainstream parties which suffered major losses in two election rounds in May and June.

The data showed 1.147 million people were officially jobless, 37.2 percent more than in the same month a year earlier.

The bulk of job losses have hit the private sector as most public sector employees enjoy jobs-for-life status.

Other data on Thursday showed Greece's construction sector, once a key growth driver, slumped again in May, as austerity sapped demand for new homes. The statistics service ELSTAT said 31 percent fewer building permits were issued than in May 2011.

Think tank IOBE expects the economy will continue to contract for a fifth consecutive year in 2012, forecasting that gross domestic product (GDP) will shrink 6.9 percent.

"The unemployment rate could go higher and register 24 percent from September. Our forecast is that for the year as a whole it will likely average 23.6 percent," said Angelos Tsakanikas, an economist at the IOBE think tank.

The conservative-led coalition government is keen to convince international lenders it is committed to bring the economic reforms programme back on track before asking for more time to slash deficits to spread the pain of spending cuts.