The inspectors have already met with Prime Minister Antonis Samaras and will meet Finance Minister Yannis Stournaras on Sunday. 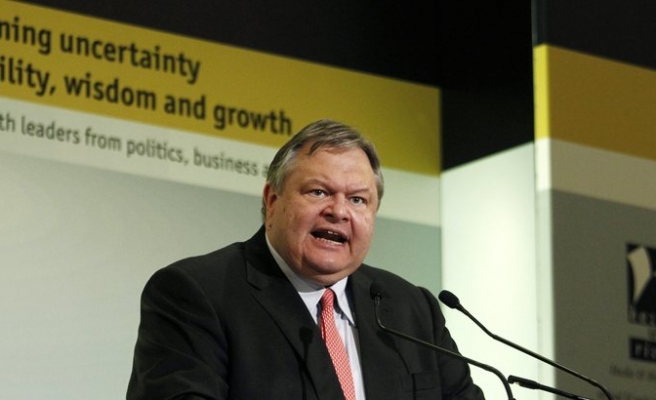 Greek socialist leader Evangelos Venizelos warned that the country's recession would be deeper than projected this year, and called for extending the deficit-cutting plan to three years, at a meeting with inspectors from the EU, European Central Bank (ECB) and IMF.

The socialists are one of the three parties comprising Greece's new coalition government that emerged after a June 17 vote, keen to soften the punishing terms of a bailout that is keeping the debt-laden country afloat while driving it deeper into recession.

Athens, due to run out of cash in weeks without support from the troika of the EU, International Monetary Fund and ECB, has fallen behind agreed targets partly due to a two-month political limbo of repeat elections.

The troika's inspectors are on a fact-finding mission in Athens, reviewing Greece's faltering progress on fiscal adjustment and reforms under a 130 billion euro ($162.6 billion) bailout deal.

"Mr. Venizelos insisted on the need to agree on a new, updated medium-term fiscal strategy programme," a statement from his office said on Friday.

"He raised the issue of revising the bailout in line with the procedures foreseen in it and extending the time period of the fiscal adjustment to three years," the statement said.

The meeting with Venizelos lasted a little more than an hour. The inspectors have already met with Prime Minister Antonis Samaras and will meet Finance Minister Yannis Stournaras on Sunday.

With Greece's economy set to contract by more than 5 percent in 2012, its fifth straight year of recession, and with almost one in four Greek workers jobless, the government says the austerity has become intolerable.

On Saturday, in his first policy speech since taking office, Samaras said his aim was not to demand a change of the goals set in the 130 billion euro bailout deal, but in the austerity policies imposed to meet them.

A Metron Analysis opinion poll published by weekly newspaper Ependytis on Saturday showed Greeks are equally split on whether the country should stick to the agreed bailout terms or ditch them.

The poll showed 48 percent were in favour of sticking with the bailout and efforts to improve it, while another 48 percent believed it should be renounced for having failed.

A 55 percent majority thinks Greece will avoid bankruptcy versus 40 percent who believes it will not. A 56 percent majority see the euro zone withstanding the crisis while 39 percent expect the single currency bloc to eventually dissolve.

Asked to comment on the viability of the new coalition government, 48 percent felt the country would be soon led to new elections, while 46 percent expected the government to stay in power for at least one to two years.