Greek truckers to decide on strike after govt order

Greek truckers defied an emergency government order to lift their strike on Thursday and return to work, postponing a decision on what to do until Friday. 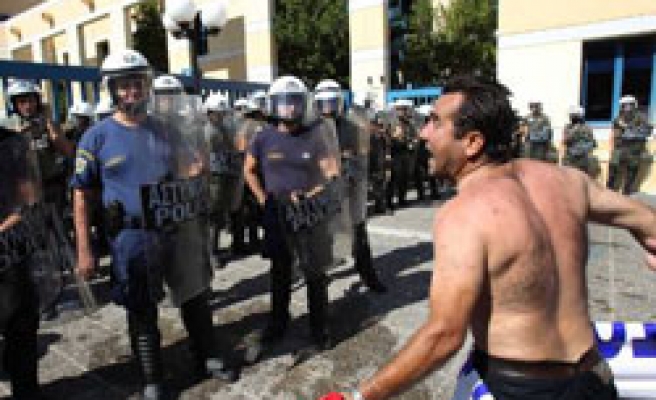 Greek truckers defied an emergency government order to lift their strike on Thursday and return to work, postponing a decision on what to do until Friday.

Greece's 33,000 hauliers walked out on Monday to protest against government plans to slash the price of new licenses, a liberalisation reform prescribed in a multi-billion euro EU/IMF bailout plan for the debt-laden country.

They risk criminal persecution and loss of license after the goverment evoked emergency powers on Wednesday to order them to get back behind the wheel, citing public health risks from the lack of food, fuel and medicines delivered to retailers.

The back-to-work order was issued about 7.30 p.m. local time on Wednesday and the truckers had 24 hours to comply, a deadline they disregarded.

Meanwhile, talks with the government continued on Thursday, producing a new set of proposals on which the truckers' general assembly will decide on Friday, a union leader said.

"The federations will express their position on what we have negotiated," George Tzortzatos, head of Greece's Truck Owners' Confederation, told reporters without elaborating.

The strike has also disrupted fuel supplies across Greece in the middle of the busy tourism season, leading to long queues at petrol stations.

Under terms of the bailout, Greece must open up the road freight industry to more competition by September and liberalise other closed professions, such as lawyers and architects, by June 2011.