Gul gets together with leading Turkish, US firm executives in NY

Turkey's president got together with high-level executives of leading Turkish and U.S. companies in New York, USA. 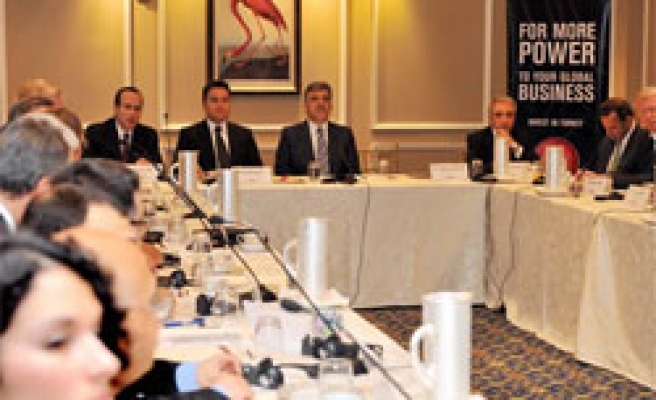 Turkey's president got together with high-level executives of leading Turkish and U.S. companies in New York, USA on Wednesday.

Turkish President Abdullah Gul, who is currently in the United States to attend the 65th session of the UN General Assembly, met with the executives at The Plaza Hotel.

After the meeting, Gul is expected to proceed to the UN HQ to hold a series of bilateral talks.

Gul, who will also meet with President Dervis Eroglu of Turkish Republic of Northern Cyprus (TRNC), is expected to deliver a speech at a meeting to be organized by the Federation of Balkan American Associations.