Mehmet Buyukeksi said exporters did not see any economic crisis or did not panic because all macro-economic figures of Turkey. 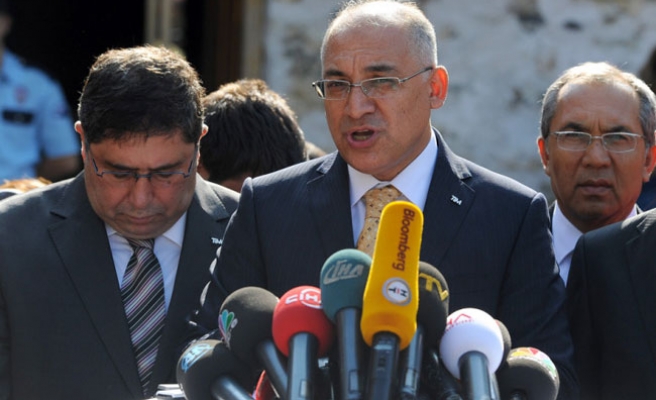 The chairperson of Turkey's Exporters' Assembly (TIM) said on Friday that exporters did not see any economic crisis or panic.

Mehmet Buyukeksi said exporters did not see any economic crisis or did not panic because all macro-economic figures of Turkey, including growth rate, industrial capacity utilization rate, export and employment rates, were perfect.

"There is no crisis in Turkey, there is crisis in Europe and the United States," Buyukeksi told reporters after his meeting with Turkey's Prime Minister Recep Tayyip Erdogan in Istanbul.

Buyukeksi said the prime minister stressed on local automotive and Turkish brand during the meeting.

The TIM chairman said Erdogan and he agreed that Turkey should support energy, advanced-technology defense industry and aviation industry with special incentives from now on.

"Current account deficit is very important for exports, and we have shared similar views on more incentives on export-targeting investments," Buyukeksi said.

Buyukeksi said Erdogan and he discussed employment offices, and establishment of a fair center in Istanbul, and underlined necessity of passing Eximbank law and moving Eximbank's headquarters to Istanbul.

TIM's chairman welcomed Central Bank's proactive recent behaviors and decisions, and said the assembly did not want hike in foreign exchange, which could harm exporters.

On Thursday, the Central Bank revised down its policy interest rate from 6.25 percent to 5.75 percent on Thursday, saying that the reduction aimed at minimizing the risk of a slowdown in domestic economic activity.

In addition to policy rate, Central Bank also changed its overnight interest rates, as it increased overnight borrowing rate from the previous 1.5 percent to 5 percent and kept lending rate unchanged at 9 percent, said a statement released after an interim meeting of the bank's Monetary Policy Committee on Thursday.

Moreover, the bank has reduced the required reserve ratios for foreign-exchange deposits by 0.5 percent for all maturity terms.

As of Friday, the required reserve ratio for foreign-exchange deposits with maturities of one month to one year was reduced from 12 percent to 11.5 percent, said a statement from the Central Bank on Friday.

The ratio for deposits with maturities of one year and longer was also cut from 10 percent to 9.5 percent, the statement noted. Central Bank said the ratio cuts were expected to provide the market with a liquidity injection of nearly 930 million USD.