Prosecutors said Liu, together with his son, facilitated deals on projects that included the sale of 30,000 tonnes of aluminium oxide to the Nanshan Group, parent of Shandong Nanshan Aluminium Co. Ltd.. 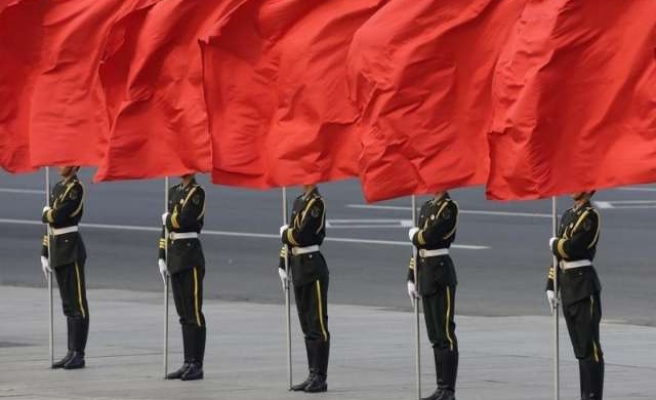 Liu Tienan, 59, was sacked as deputy head of the National Development and Reform Commission (NDRC), a post that carries ministerial-level status, in May last year. He is one of the highest-profile officials to be prosecuted for corruption since President Xi Jinping launched an anti-graft campaign.

Prosecutors charged Liu and his son, Liu Decheng, with taking 35.6 million yuan ($5.8 million) in bribes in dealings with various companies, including the Toyota joint venture, the court said.

The NDRC is a powerful body that sets broad economic policies and approves major investments. Liu was also head of the National Energy Administration regulator.

"The oral representation made by the defendant Liu Tienan on the allegations is: I have taken the initiative to confess to the facts of the allegations," the court said on its microblog as it laid out the charges against Liu.

The closely watched trial in being held in Langfang city in Hebei province, which surrounds Beijing.

Liu was sacked after a deputy editor-in-chief of the investigative magazine Caijing posted accusations on his microblog that Liu was involved in illegal activities.

He was the first ministerial-level official to face an investigation after Xi became Communist Party head in late 2012 and pledged to take down high-ranking "tigers" and low-ranking "flies" in his fight against a pervasive problem he says could threaten Communist Party rule.

Liu broke into tears as he confessed and apologised for his crimes in his closing statement, the court said.

"I'm so sorry that I worked more than 30 years at the NDRC, with the trust of the leaders and my comrades, and smeared a black mark on my workplace," Liu was quoted as saying. "I am completely and bitterly remorseful."

"I've harmed myself with my corrupt actions, harmed my child, and destroyed my family," he said.

Liu is the third ministerial-level official to stand trial for graft, according to Chinese media.

Under Chinese law, Liu could face the death sentence if convicted of corruption. But the public prosecutor said in an opinion that Liu had been cooperative in handing over evidence to investigators so the court would be lenient.

"Liu Tiennan, after his case was opened, positively assisted the organisations handling the case in their work, and his attitude was good in admitting and regretting his crimes," the prosecutor stated.

Liu is certain to be found guilty as the Communist Party controls the courts, which do not challenge party accusations, especially in graft cases.

Prosecutors said Liu, together with his son, facilitated deals on projects that included the sale of 30,000 tonnes of aluminium oxide to the Nanshan Group, parent of Shandong Nanshan Aluminium Co. Ltd..

In return, the father and son were paid bribes of 7.5 million yuan by Song Zuowen, chairman of Nanshan Group, the court heard.

In 2002, Liu Tienan, as a senior official in the top economic planning agency, had helped Nanshan Group get approval for an alloy project after a request from Song, according to the court.

In 2005, Liu Tienan accepted a request from Sun Yonggen, chairman of the Ningbo ZhongJin Petrochemical Co. Ltd. to approve a petrochemical plant, the court said. In return, Sun bought Liu Decheng a car for 336,000 yuan.

Liu also put Zhang Aibin, the controlling shareholder of a car dealership in Beijing, in touch with Zhang Fangyou, the chairman of GAC Toyota Motor Co. Ltd, a joint venture between GAC Group and Toyota, so Zhang could set up a GAC Toyota Motor shop, according to the court transcript.

Tokyo-based Toyota spokesman Ryo Sakai said the company was checking the facts: "So we would like to refrain from commenting."

The trial has offered a rare glimpse into the amount of power amassed by top officials, especially within the NDRC. The agency sets policy for strategic industries, approves big investments, mergers and acquisitions, and has the authority to influence prices for everything from liquor to gasoline.

Since Xi launched his campaign against corruption, 49 ministerial-level officials have "fallen", according to People's Daily newspaper.

State media reported that Liu had taken bribes for helping a businessman to defraud banks of loans of more than $200 million in 2011 for an investment in Canada.

Key information on that case initially came from a former mistress in Japan, media reported.